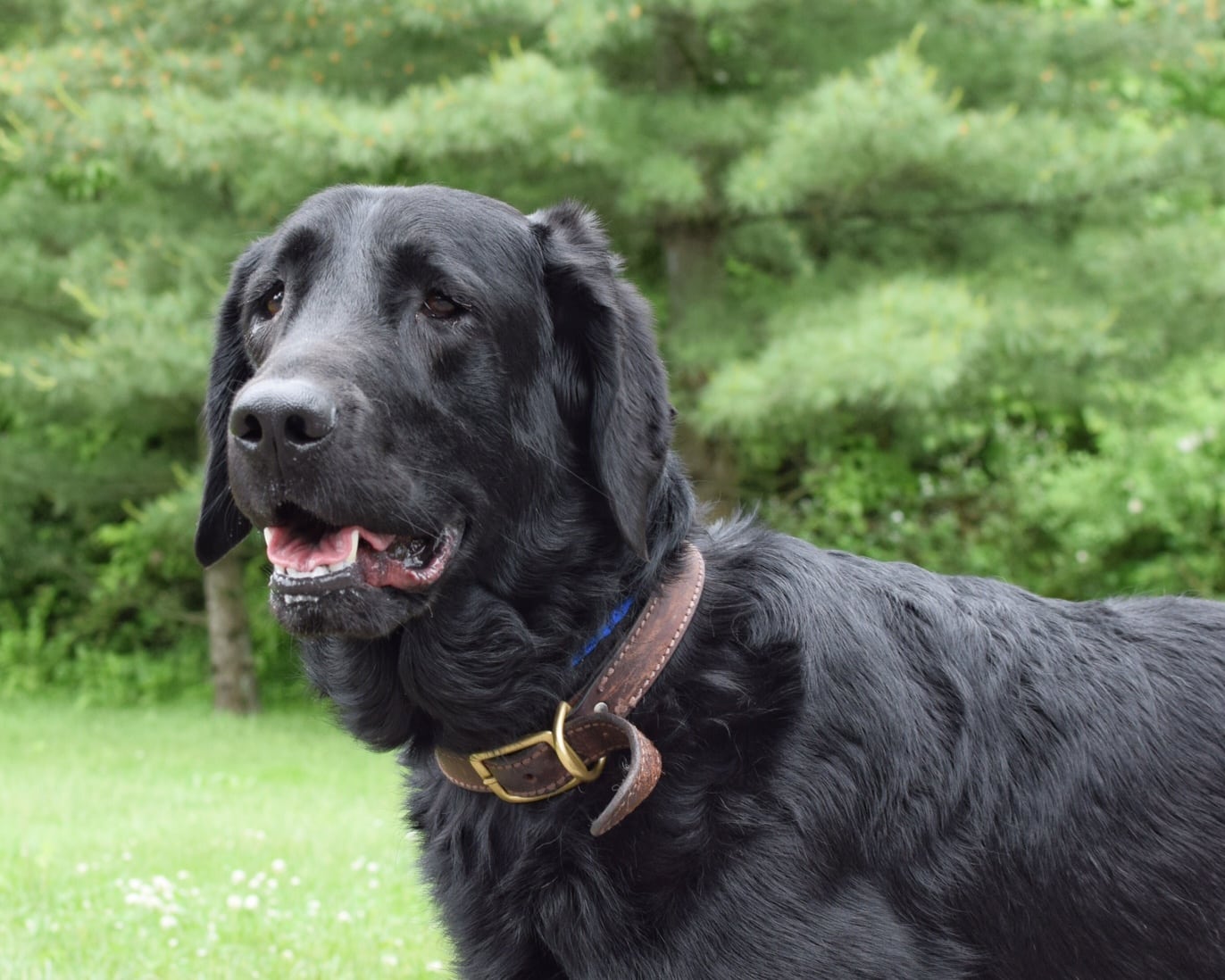 5/19/18 VOLUNTEER UPDATE:  Dodge- what a sweetie. He was pretty timid at first but after about 15 minutes he was more comfortable and relaxed. I also found out that he LOVES his butt scratched and ears rubbed. He was a little skittish when I had my hands up and took my jacket off and it appeared frightened by some nearby cars. He actually walked relatively well on the leash.  When his buddy Harley came out, he totally transformed and it was fascinating to observe his recognition of his bff.   And there is no doubt that both Dodge and Harley are very affectionate dogs.

Dodge just joined our rescue, but he has already made a wonderful impression.  He is a four-year-old handsome guy who. along with his sibling and best friend, Harley Davidson (different litter),  ended up in a shelter because of a divorce and move.  He knows some commands, but we don’t think he was walked on a leash often as he has a tendency to pull.  Other than that, he’s a sweetheart who loves kids, other dogs, and even does fine with cats.  He is an affectionate 75-pound dog who loves being petted and will not hesitate to return all that love.