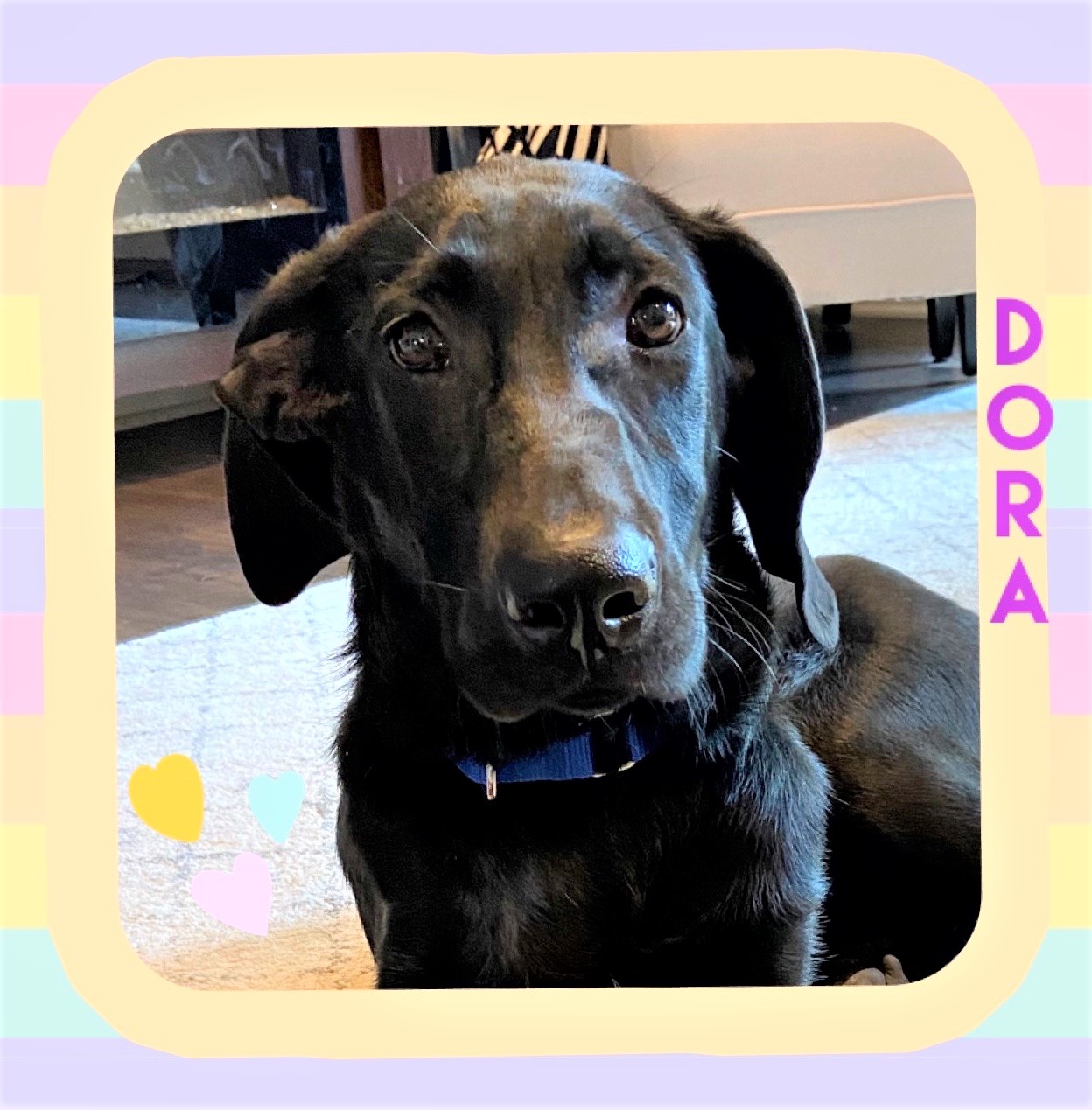 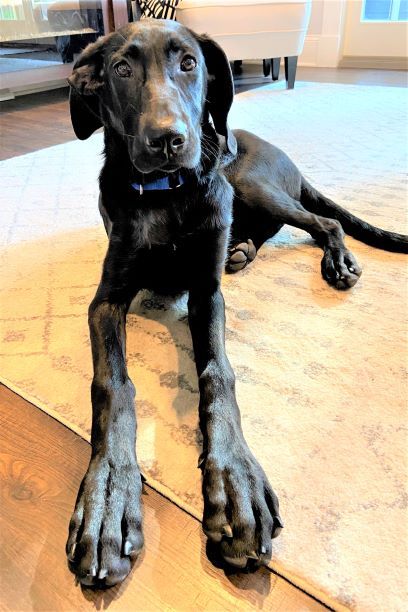 8/3/20 FOSTER UPDATE: Dora has been a great addition to our pack!  She has the sweetest temperament and loves attention and cuddles.  She has a pretty calm demeanor but can also be a bouncing puppy!  She loves to prance around the living room.  She has big paws and it sounds like she is running with flippers on….which is why we call her Dora Duck!
She is working on her house training and has been doing great!  She is also starting to learn a few of her basic commands.  She enjoys taking naps in her crate – it is her safe space.  She is sometimes reluctant to go in at night because she knows it’s bedtime and she still wants to play!  She does want to sleep with the rest of the pack and whines a bit when first left alone.  She settles in well.
She is learning how to walk on a leash.  She doesn’t pull but she does wander/veer.  She seems a little scared by the noises so she hugs your legs at times.  She has show leash improvement and it won’t be long until she is an old pro!
It’s clear that she didn’t have a lot of love and attention prior to her arriving at CLR.  She seeks affection and is learning how to be a playful puppy!

Her story is the same as her brother, Tico. They were found in the country and eventually arrived with animal control.  She is only 51 pounds and 6-7 months old. She has the sweetest temperament and loves to cuddle.  She is somewhat hesitant and shy at the first meeting but quickly warms up. She adapts well and is fine in a crate and beginning to learn some of the basic commands.  Her brother, Tico, was adopted last Saturday and after one day, Tico’s parents wrote to say, “We are so in love with him!”  She has the same wonderful demeanor, so we imagine whoever brings this precious girl home with experience the same feeling and will know what it means to have hit the doggie jackpot.