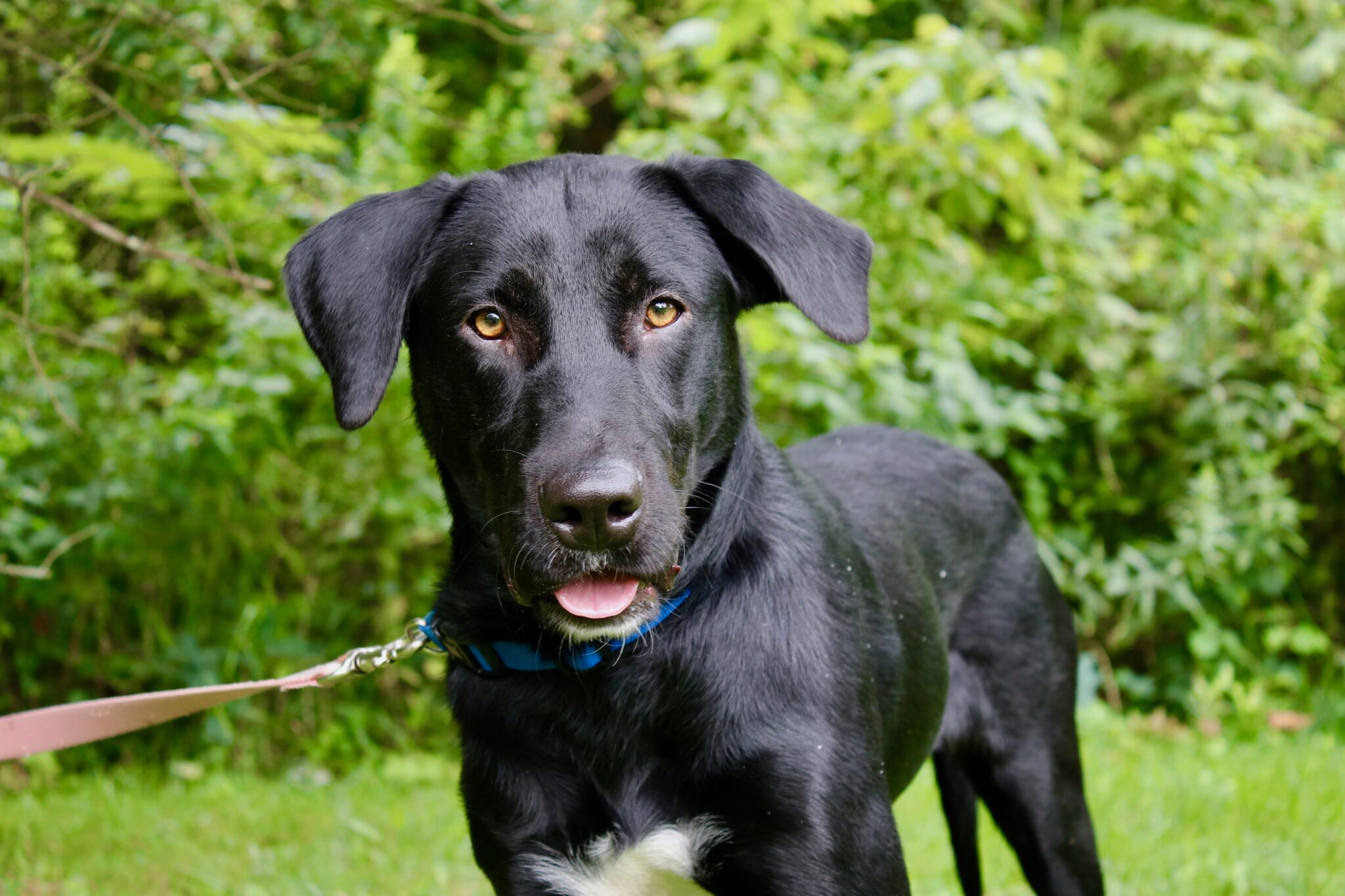 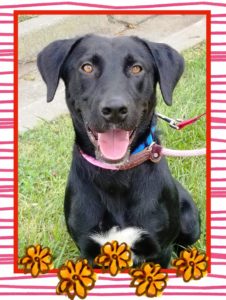 8/25/18- Duffy Bear’s update is very flattering. He was wonderful walking on a leash for our volunteer and totally enjoyed his time outside. He is a very mild-mannered, sweet dog. This is particularly impressive for a two-year-old.  He sits patiently waiting for people to approach to say hello.  He knows limited commands, but being such a gentle guy, we presume he’ll do whatever is expected to be a good boy.

Two-year-old Duffy Bear is obviously a smart dog, because when he ran off from his home he arrived at a vet school.  They sent him on to the local shelter who returned him to his family, but he took off again, and the family never came back so he is now in our care. That is the extent of what we know about his previous life, but we do know he loves people and other dogs.  Duffy Bear at 56 pounds is exceptionally friendly, and this happy pup appears to be constantly smiling.

Unfortunately for Duffy Bear he is on his way back to CLR.  Not because he isn’t a great boy, but his adopter was looking for a very low key couch potato and said she wasn’t prepared for the energy of a young, active dog.  In the words of his adopter:

I found Duffy to be extremely loving. He truly loves people, especially kids,  does great with all the neighborhood dogs he has met, and in the dog park and loves running with his friends.  He walks great on a leash, does not bark at other dogs, kids, bikes but has lunged at cars driving by.

I have been working on commands: sit, stay, place, leave it, off, and heel.  Duffy does better in the house than outside because he gets distracted, yet he is treat motivated.  Has done well on potty training but I started working with him and still am as if he is a puppy by taking him out frequently and limited him to areas he can be in the house, and he has as not messed in his crate.  He is a very hard chewer but has not chewed furniture. He chews his toys, nylon bones, Kong – only given him very hard to chew toys because he destroys tennis balls, ropes etc.  He loves to lay on his very comfy dog bed and does not get on furniture, and the few times he attempted to jump on the couch, he immediately listened to “off”.  He has a tendency to be “mouthy” and needs to be corrected. when he gets too excited.   He jumps but not much on people –  more straight up and down from excitement.  He definitely knows his name.

Again, the one and the only reason I am giving him up is due to his high energy level that I feel he needs to be placed in a home that can provide what he needs.  He is a WONDERFUL dog!

Like most pups, Duffy Bear just needs obedience training and good leadership.  He has a wonderful disposition and amazing potential.  This just wasn’t the right fit.  We hope Duffy’s new family is just around the corner so he can join his new family as soon as possible to provide him the guidance and love he not only needs but deserves.

GET THE RIGHT DOG FOR YOU!

Please read our FAQ's first! We are 100% volunteer and try our best to address your concerns. We realize it's an extremely important decision, and we want to make sure it's the best for our dogs and you! Of course, if you have further questions, don't hesitate to contact us!