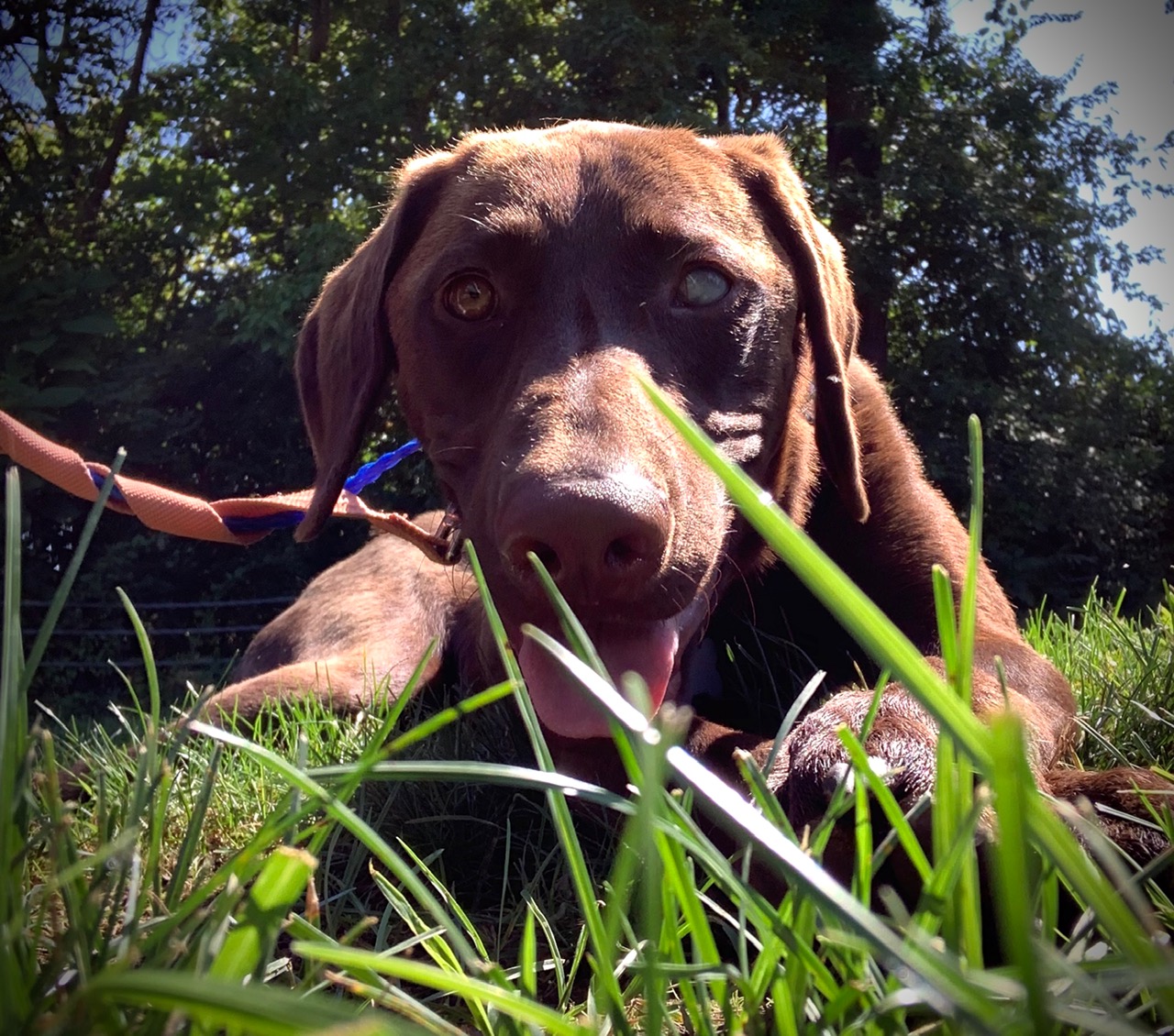 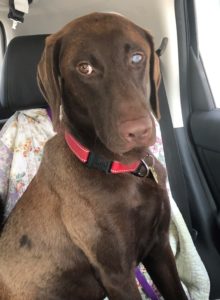 10/15/19 FOSTER UPDATE:  It’s time for an update on sweet little Flynt.  He’s been in our home for a little over two weeks, and he’s settled in beautifully.  Flynt’s progress has been very impressive in this short time. When Flynt first arrived, it was obvious why some may think he has separation anxiety – he simply didn’t like his crate!  I’m not sure what happened to this little guy before he found CLR, but it was not a desired place. He used to run away when it was time to go to his crate.  However, now, he happily prances in without a fuss every time. This morning he settled right in without any instructions. What a smart boy!  He has also become very patient getting his daily eye drops, which is another great achievement.

Being young, Flynt has his excitable moments but overall, he is a gentle boy, good listener, and fast learner.  He did find some tasty shoes during his first couple of days, but he quickly learned they are off limits. He still finds throw pillows irresistible, but he’s never destructive – so we call it redecorating. For his safety it is still appropriate to crate him when left without supervision.

We have been mixing puppy food with his meals to help Flynt gain some weight, and it seems to be helping!  Flynt loves to play fetch, and never loses sight of the ball – so he’s adjusted well to his sight loss.  However, he sometimes bumps his head on that side in tight quarters, which only seems to bother me! Flynt loves to play with his foster brother, Fitz, who was a little standoffish at first.  But Flynt wore Fitz down quickly with his charm and they are great playmates!

Flynt is so sweet and loving!  He loves to be close to people and will often lean his head into me for a good snuggle.  We can all take a lesson from this sweet angel – Flynt may have been let down in the past, but he always sees the good in people and is very generous with his love! I can’t say enough about this amazing boy, we love him to pieces!  We will cherish every moment we have with Flynt until he finds his forever family.

9/16/19: Flynt was such a wonderful ambassador for CLR today.  His behavior was perfection and he enjoyed sharing the day with his canine friends and meeting so many new people.

We are so happy to welcome Flynt to CLR.  The 55-pound gentle two-year-old was found as a stray.  Considering he has lost vision in one eye due to an accident and has a docked tail as a result of degloving injury, we are relieved we can help him find a home that will protect him from future harm. According to the description we were given, Flynt sounds as close to perfection as possible.  He has compensated for losing vision in one eye and continues to be a gentle dog who loves puppies, kittens, toys, big dogs, and people.  He even readily shares his food, water, and toys. He’s house trained and an all-around wonderful dog. We think he’s beautiful, and his story is exactly why we are so devoted to rescue.  Whoever is lucky enough to adopt this special boy will know the gift of having a wonderful companion.