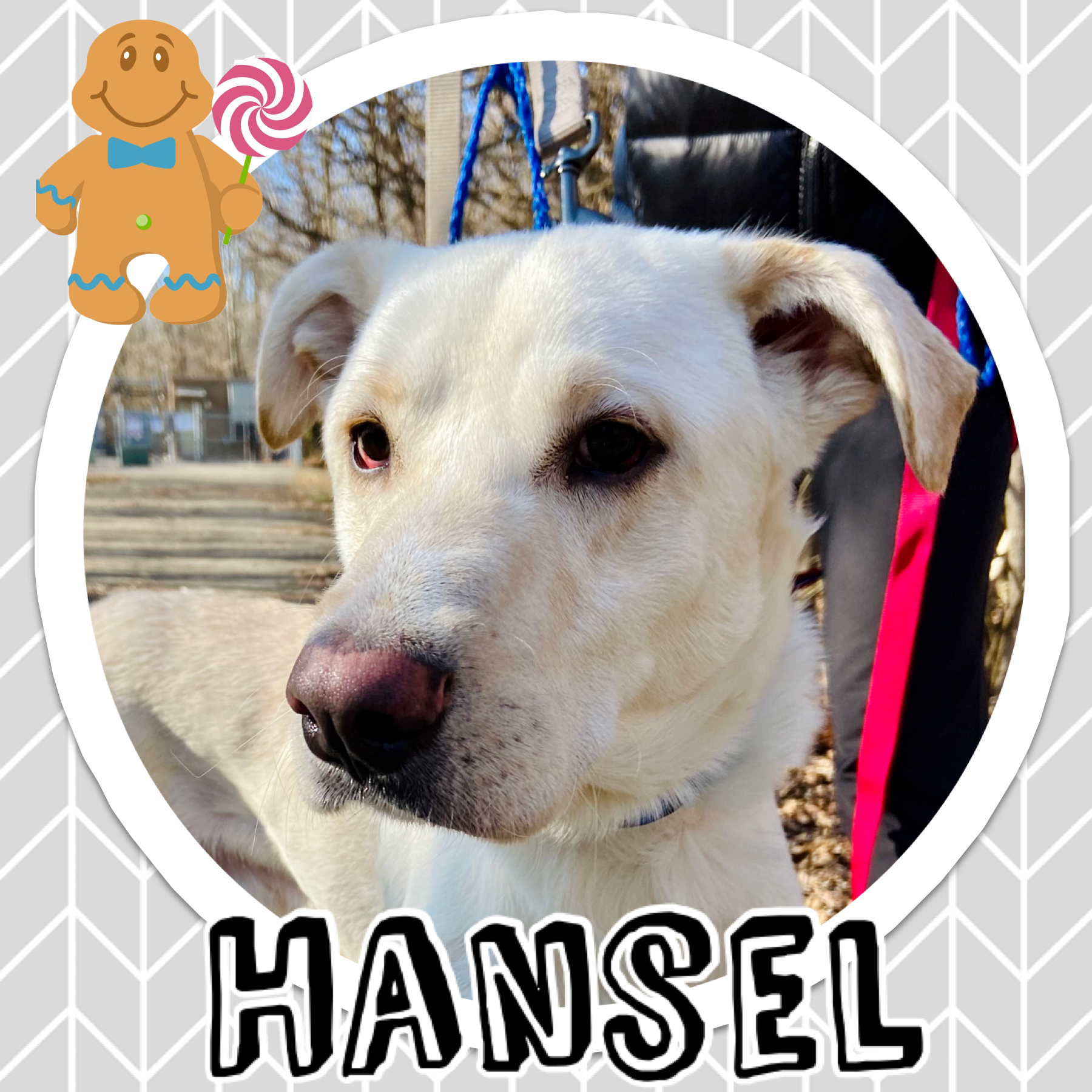 1/28/2021 FOSTER UPDATE: Hansel is such a good boy! He’s still doing fabulous on walks. He’s extremely gentle (except when in a playful mood). I fed him a little slice of apple and he nibbled on it while I held it in my hand. He’s also patient…when I dole out treats after dinner, he waits his turn without trying to grab another. We had a breakthrough with “sit” yesterday, so he is doing well with that. He’s still doing great in his cage at night.

After a few accidents, he is doing great on his housetraining! He is a bit nervous in the car but improving. He does better when he’s near me and I can pet him and reassure him it’s okay.

1/26/2021 FOSTER UPDATE: Hansel did fabulous in his crate the first night. There was some minor crying at first, but then he went to bed. He hasn’t had any accidents – he goes to the door and waits to be let outside for potty. I took him on a few walks today and he is great on a leash! No pulling…some crossing, but only if there’s something to smell on the other side or he’s afraid. So easy!

Hansel is terrified in the car. He wines and paws at the door to get out. He does like to stick his nose out, but he will try to squeeze through the open space if he can. I bickled him in this morning and he chewed his way out. I’m hoping this behavior will calm down as he gets more comfortable.

I’ve been bringing Hansel to work with me, and he’s doing much better today in the office. He’s taken a nap and is no longer crying or looking out the window. He’s also becoming more interested in people, which is great progress!

Hey guys – I’m Hansel! I’m two years old and come from the same litter as my sister, Gretel. I’m an active boy and love to play, especially with my sister! We would loooove to meet you and your family!

Hansel is a Lab/Shepard mix who comes to CLR from a breeder/hoarder situation. His former owner went into the hospital, allowing family members to realize they weren’t in a good enough place to care for the many animals on their property. The family reached out to a rescue group in Kentucky that helped facilitate  Hansel and Gretel’s transport to Cincinnati.

We don’t believe Hansel was receiving the care he deserved in his previous home. He’s currently pretty skinny, but we know he’ll be a healthy weight in no time now that he’s in our hands! We had a chance to take him out for a walk with his sister he did fairly well for a guy with no leash training. Though he weaved a bit, we were able to walk him over a mile – great work for his first try! You can tell Hansel is a protective brother. He kept looking back to check on Gretel and make sure she was doing alright behind him. While we would love to adopt Gretel and Hansel together, we understand this isn’t always possible and would be willing to place them in separate homes if it felt like the right fit for both of them.