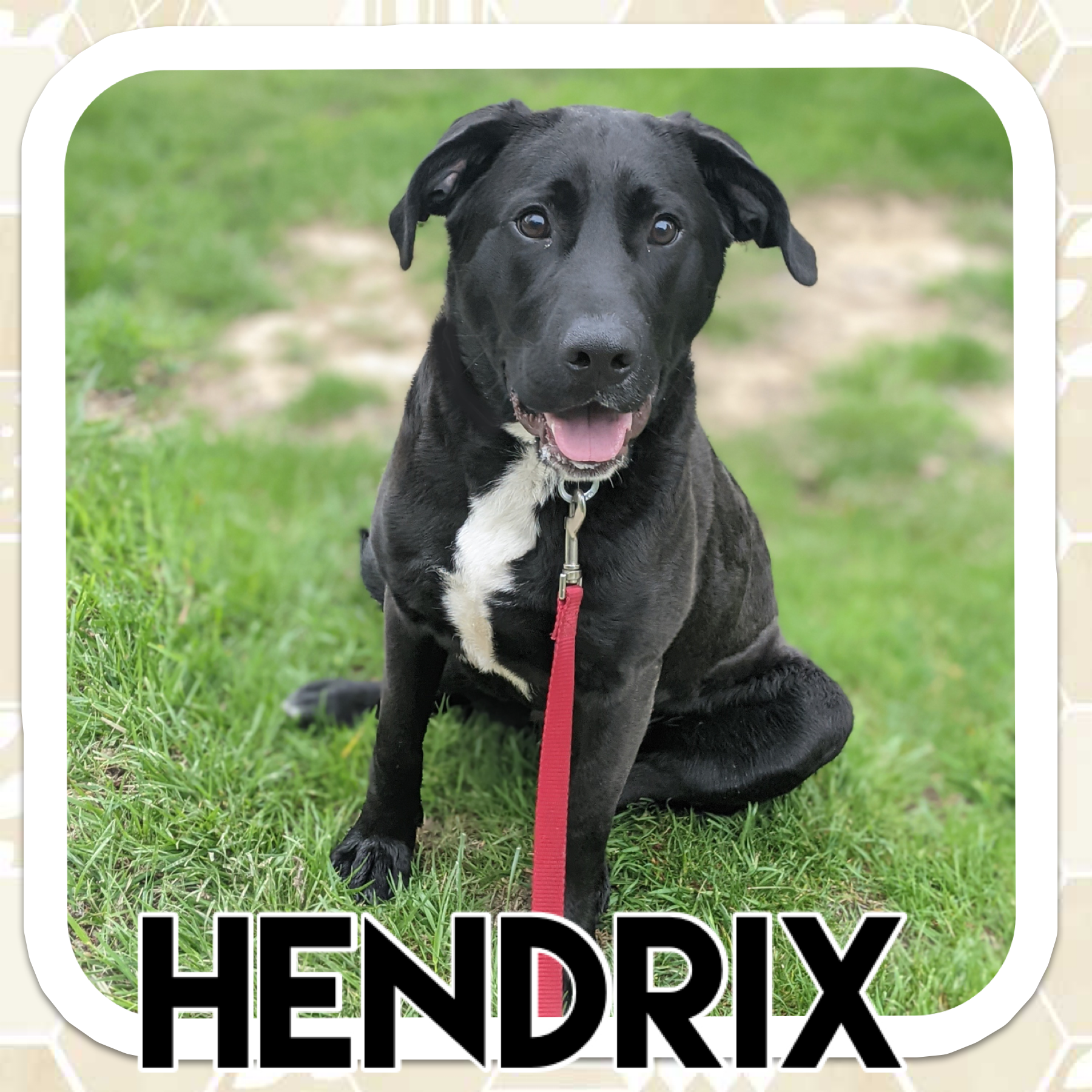 5/13/2021 FOSTER UPDATE: Hendrix is such a happy boy! He has so much going for him: he’s confident, affectionate, and very docile. He loves going for car rides, especially to the dog park to run off some extra energy. He loves going for long walks, too. So far, he’s doing great one-on-one with other pups. Thunderstorms are no big deal, and being left alone hasn’t been an issue.

Hendrix loves toys and treats! He learned to shake and lay down in no time…he’s sooo smart! He sleeps through the night in a crate without a peep.  The house training has been going great. We’ve been accident free for a few days! We’re continuing to work on jumping and controlling his excitement, especially with younger kids. The mouthiness is also almost under control! Hendrix is loving his new lease on life indoors and definitely prefers the couch over his dog bed. We love having him as a house guest!

Hey everybody…I’m Hendrix! I’m one year old and weigh 50lbs. I’m a friendly, well-adjusted boy. I’ve been called happy go lucky! I’ll be EXTRA happy if I get to go home with you!

Hendrix arrived to CLR as an owner surrender. Unfortunately, this handsome boy lived his entire life outside in a pen. His owners claimed to not have time for him anymore, so they brought him to their local shelter in Tennessee. We’re so thankful he’s in our hands now!

Hendrix is an energetic, playful young boy. He’s extremely sweet and affectionate! Due to his circumstances, he hasn’t spent any time on a leash and will need to be taught leash manners. He’s the biggest baby we’ve ever met (and the staff at Eastgate Animal Hospital agree!). He’s great with people, interested in other dogs, and seems to know some basic commands. Hendrix is ready to go home to the loving forever family he deserves!