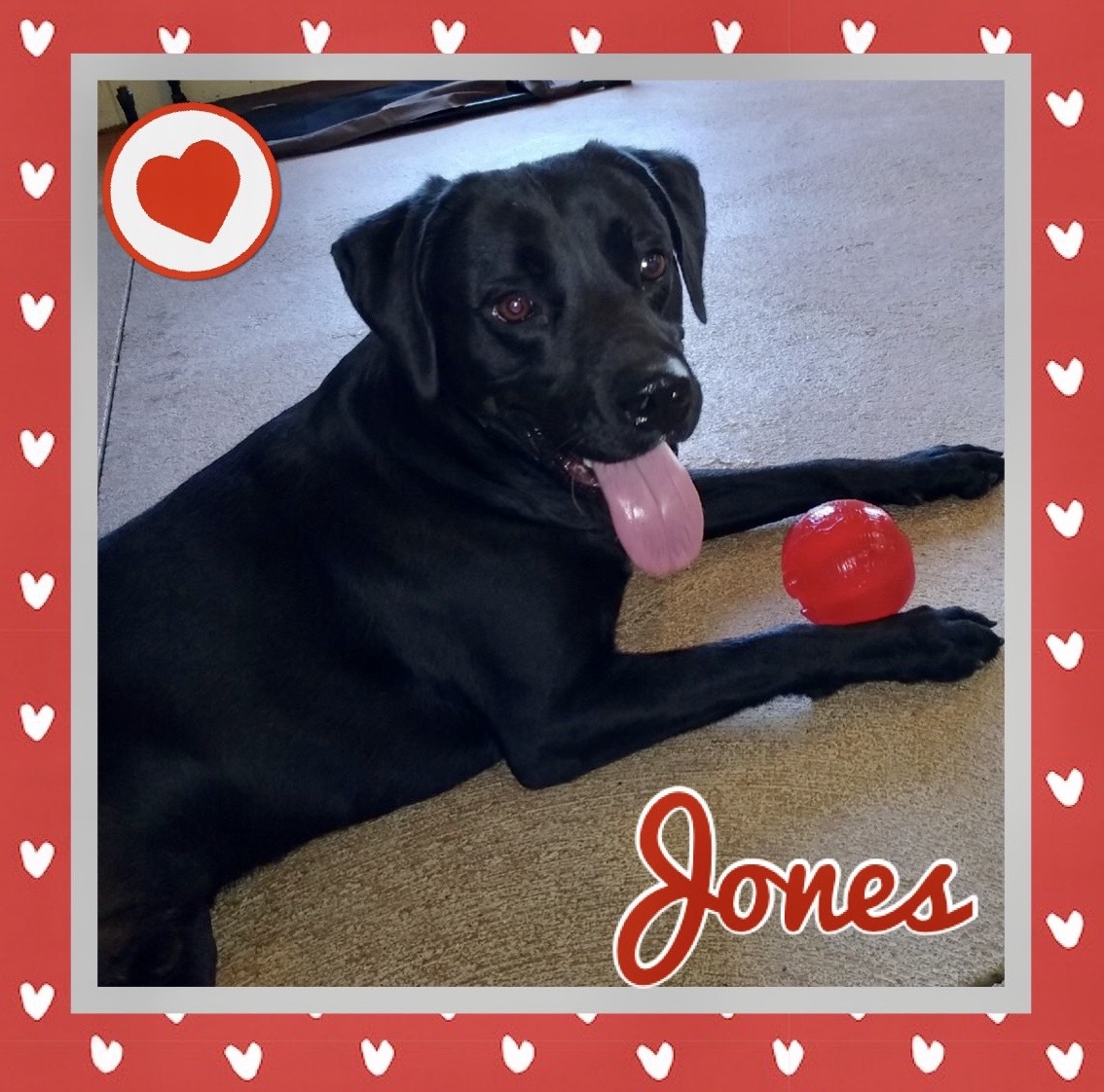 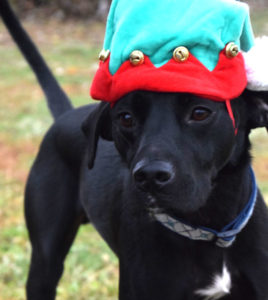 11/14/19 UPDATE: Last weekend, we decided it was time to allow Jones to join the pack in our bedroom at night. He was overjoyed and absolutely loves his bed and sleeps quietly throughout the night until it’s time to potty in the morning and breakfast time. When instructed, he willingly enters his crate, doesn’t bark and never messes when crated.  He has settled into our routine and successfully mingles with our pack when we are home.  When our Lilly takes charge, he submits and respects her position in the pack by retreating and has shown no negative reactions.

He absolutely loves to fetch the tennis ball and will eventually drop it so the fun can continue and lights up when we play hide and seek with his ball. He adores everyone he meets and has an abundance of labbie kisses. He has become quite a pleaser and readily shares his love. Jones is embracing life with a family and loves car rides too. As his foster family, it has been a joy to witness how far he has come and how well he has adapted to our family. When he first arrived, he was challenging and tended to become reactive to other dogs and unfamiliar situations.  Giving him the opportunity to feel loved and safe, he has become a loving boy who wants nothing more than to find his forever home who will give him the love, devotion and continued guidance that he deserves!

FOSTER UPDATE: My new foster Jones has been at the kennel far too long, so I decided to bring him home Saturday for fostering, and to help him with his negative reactions that he has shown with some dogs. We have been working on how to make new friends calmly and learning that he doesn’t have to bark at every dog that approaches him.  Can I say that he is doing an excellent job? He has met many new friends while walking through the neighborhood, and once told to “leave it” as the new dog approaches, he turns away and continues with his walk, showing no reaction. Even our barking neighbors’ dogs do not illicit any reaction. Once introduced to my 2 easy canine girls, Luna and Zoey, he had a blast playing and running around the yard.

He does not eat like a typical lab since he doesn’t inhale his food and eats like a gentleman. He has not had any accidents in the house nor in his crate. He will go into his crate with a treat and the command of “crate,” and settles without any barking.  He can be a little mouthy but will stop with a simple command of “no bite”.  My father-in-law cannot understand why he hasn’t been adopted yet. He knows sit and we are working on “place, no jump, and wait.” He will even shake paws with you, letting you know that he wants to be friends.  He requires a pack leader who will reinforce his commands and appropriate behavior.  Once he understands the expectations, he will be a great member of the family. 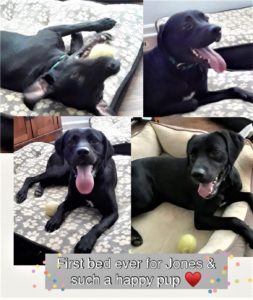 UPDATE:  Our volunteers have been devoting extra time with Jones to help him overcome his reactions around other dogs, and we are thrilled to see him improving.  Today, he even made a new friend!

At only two years old and a perfect 66 pounds,   Jones is looking for a new family.  He has a playful, puppy personality, but also has an incredibly loving and gentle side. He does well with people, but currently, he isn’t accepting other dogs.  Our hope is that he will continue to decompress, but for now, we believe he would be best as an only dog.  He absolutely fell in love with a little puppy at the shelter, which is indicative of his tender soul. Although he gets overwhelmed in daycare, he is doing well when he is with just one other dog and is making new friends. His original owner dumped him on his elderly mother (we do not know the circumstances), but she was unable to physically or financially care for him, so he was surrendered and relegated to life at a shelter.  We know a wonderful forever home will change his unstable past and provide him what he deserves.