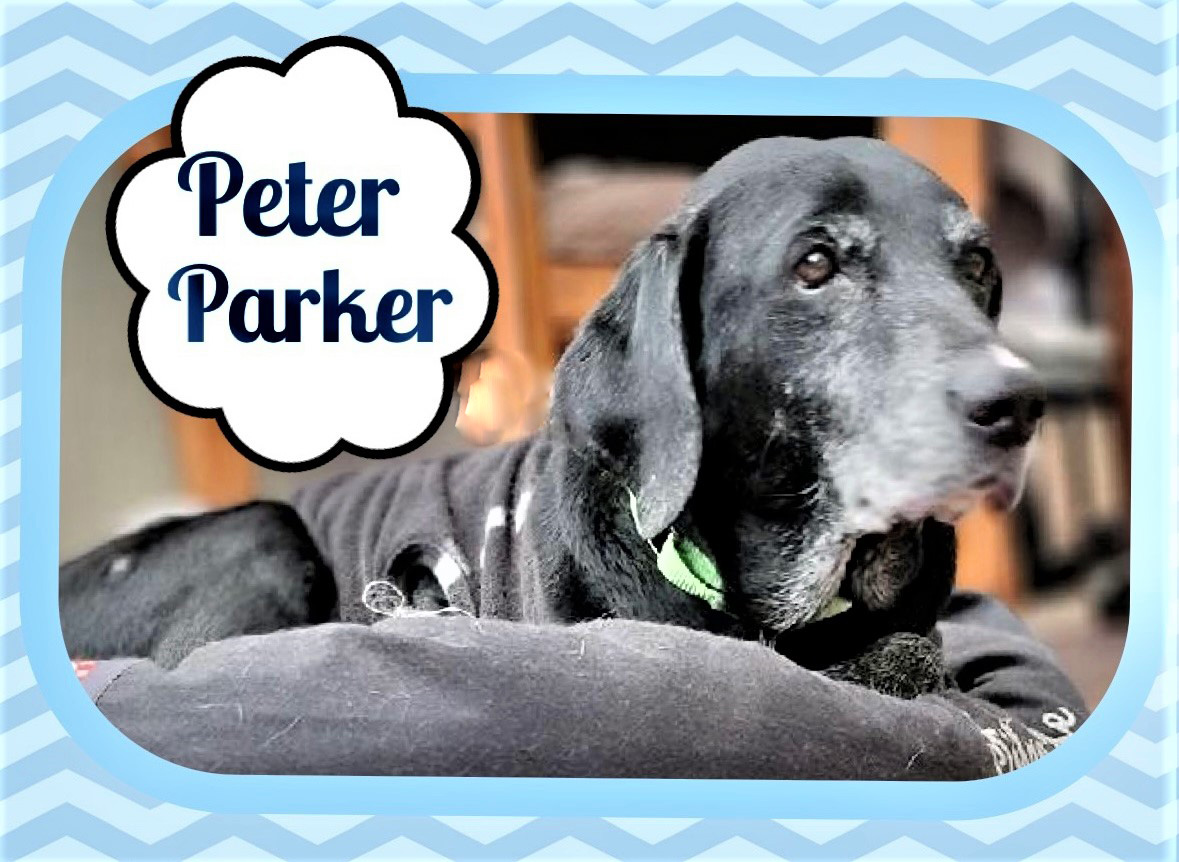 2/27/22 FOSTER UPDATE: He’s doing great! He actually seems to like my other dogs more than I. He shies away from too much petting, but happy to let me scratch his ears.  Since he’s only been here for a day, I am sure he will warm up more to having more affection come his way.  He follows the dogs everywhere they go. He eats very well and gets excited about mealtime. He actually does a little dance when he’s excited. He has no issues being in his crate. Only a couple marking incidents when he first arrived but quickly learned the routine to go outside. He happiest laying in his bed and sometimes sleeps so deeply that he’s oblivious to any other activity. He’s tried to play with Moose, but is aware of his limitations, so he’s content being an observer. It really is impressive how quickly he adapted to our home.

9-year-old 56-pound Peter Parker is everything we love about our seniors. His owner became ill and there apparently was no family to step up and help.  Animal control was contacted and eventually, someone reached out to CLR to help. It always saddens us to know when a dog has lost his family.  Looking into his soulful eyes makes it’s impossible not to want to help and we hope someone will open his/her heart and home to Peter P.  We just can’t imagine being comfortable knowing a senior dog is stuck in a kennel without a family to carry him or her into their senior years.  We truly believe it’s a privilege to love a senior and being their family and providing the love they deserve is truly a gift for the dog and ourselves.

Our Peter P was sadly returned because he was not a fan of their cat.  They immediately fell in love with him, but he was not meant to live with a feline.  Hence, he’ll do well with another dog, but he cannot be placed with a cat.  Other than that, he really is a great old man.