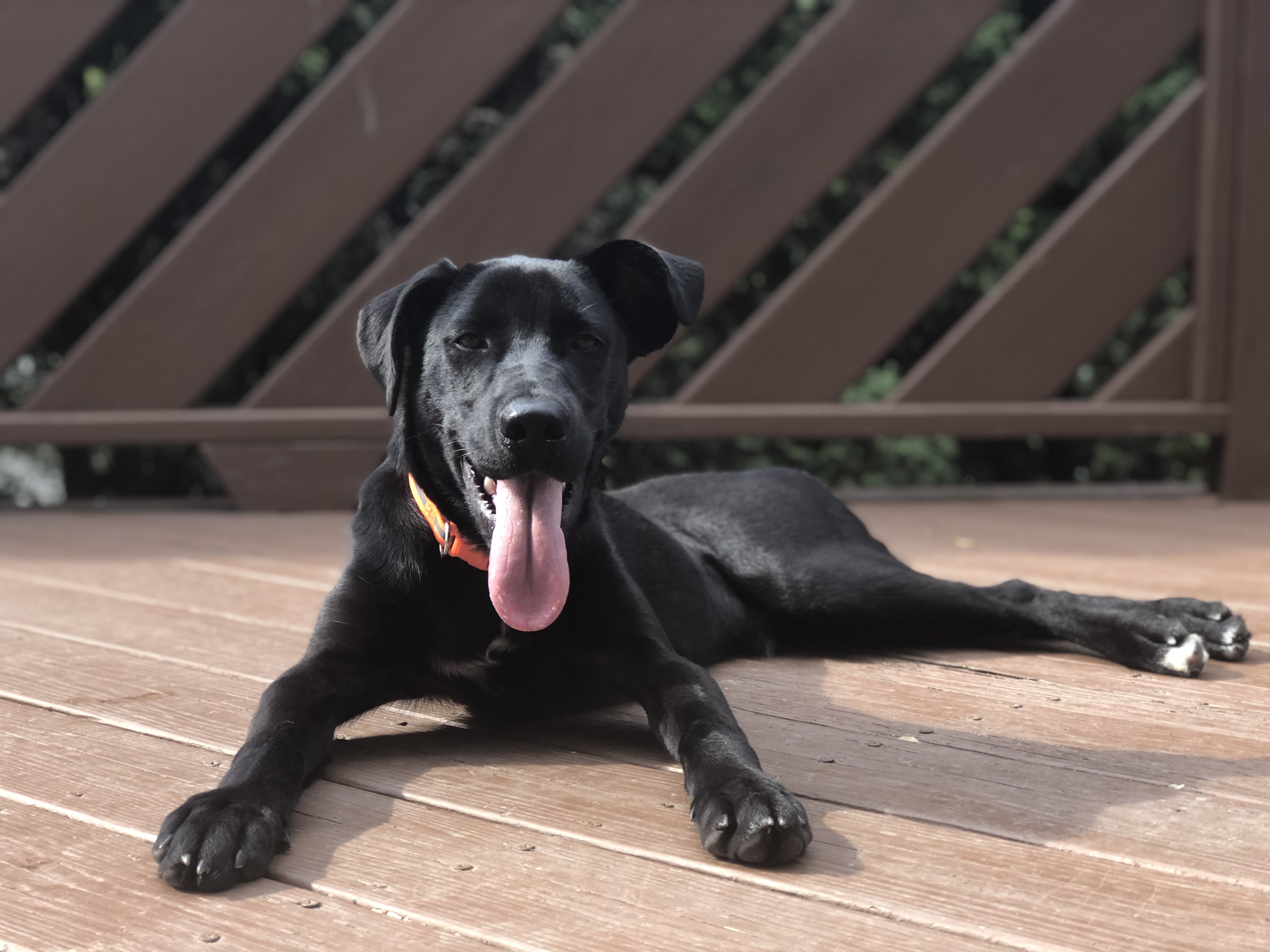 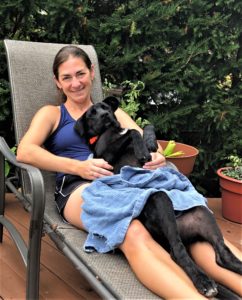 10/9/19 UPDATE: I took both boys on a 1 mile run this morning to get them started. They looked up at me like, Hey lady! Let’s go another! We saved that project for tomorrow. It sure did tucker them out though. They are currently curled up next to the fire on the couch. Both pups dearly love cuddles and to just watch tv or listen to a book. My son has been reading to them. Crate training is coming along nicely. Today is the first day both have gone accident free! I do keep a watchful eye, but they are doing great. The “crate” command is followed with a cookie. Sit is coming along well for them and Poom is starting to work on down.  They are enjoying the fall weather! Their favorite thing to do on walks is crunch through all of the leaf piles on the streets.

10/4/19 FOSTER UPDATE: We had our last pool day today topped off with a bath, nail trim, ear clean and brush. Poom (Pumba) dearly loves cuddles. He likes to lay on his back on your lap and just be chill. He also likes to sit on my feet first thing in the morning in a slouch of fuzz and get belly rubbin’s.

The past two days we have really been working hard on crate training. No accidents in the house! We’ve never had an accident in the crate. They are both quiet at night in their crate. Poom and T have both been learning sit, crate and sit before being fed their meal with OK as a release. We have also been working on touching their ears, teeth, playing with their feet, good stuff like that. And they both dig swimming! 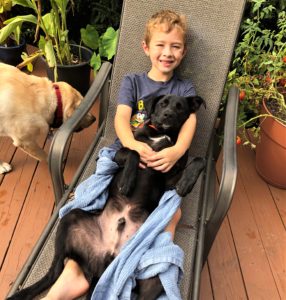 FOSTER UPDATE: Pumba (AKA Poom!) – Poom! has a much more chill attitude toward life with his little cockeyed ear. He looks like he is really interested in anything you have to say. He enjoys rubbins, cuddles, and hugs.  Poom! has taken to the “sit” command very well if chow is involved.

These two were SO good last night in the crate. I put them together and I didn’t hear a peep out of them all night. No accidents yet (crossing fingers!). Uncle Reece is having so much fun playing tug of war with the boys. He’s been very patient until they get a hold of the toy.

This poor man is hesitant with stairs, but will take the risk for some treats. He tackles a few steps at a time great, so now we’re working on some endurance for a flight. For the time being, he enjoys the express trip in someones arms.

VOLUNTEER UPDATE:  Pumba is beginning to learn how to walk with a leash and the sit command.  He is so gentle and sweet and happily rolls over for belly rubs. He does well around other dogs but gets very excited to play.  Like his siblings, he is very affectionate and it seems like he has stored up a zillion kisses to share. Her overall assessment adds up to him being a sweet, lovey, gentle puppy that will be a great family pet.

Pumba, Timon, and Kula are three precious 7-month-old pups that were found on the side of the road. Why someone just dumped them is a mystery to us, but they are now safely in our care.  We are indeed grateful to whomever found them and reached out to rescue to help these adorable babies find forever homes.  They are playful, sweet pups that will need standard obedience training since it’s a given that anyone who would just dump them wasn’t able to provide them with what they needed.