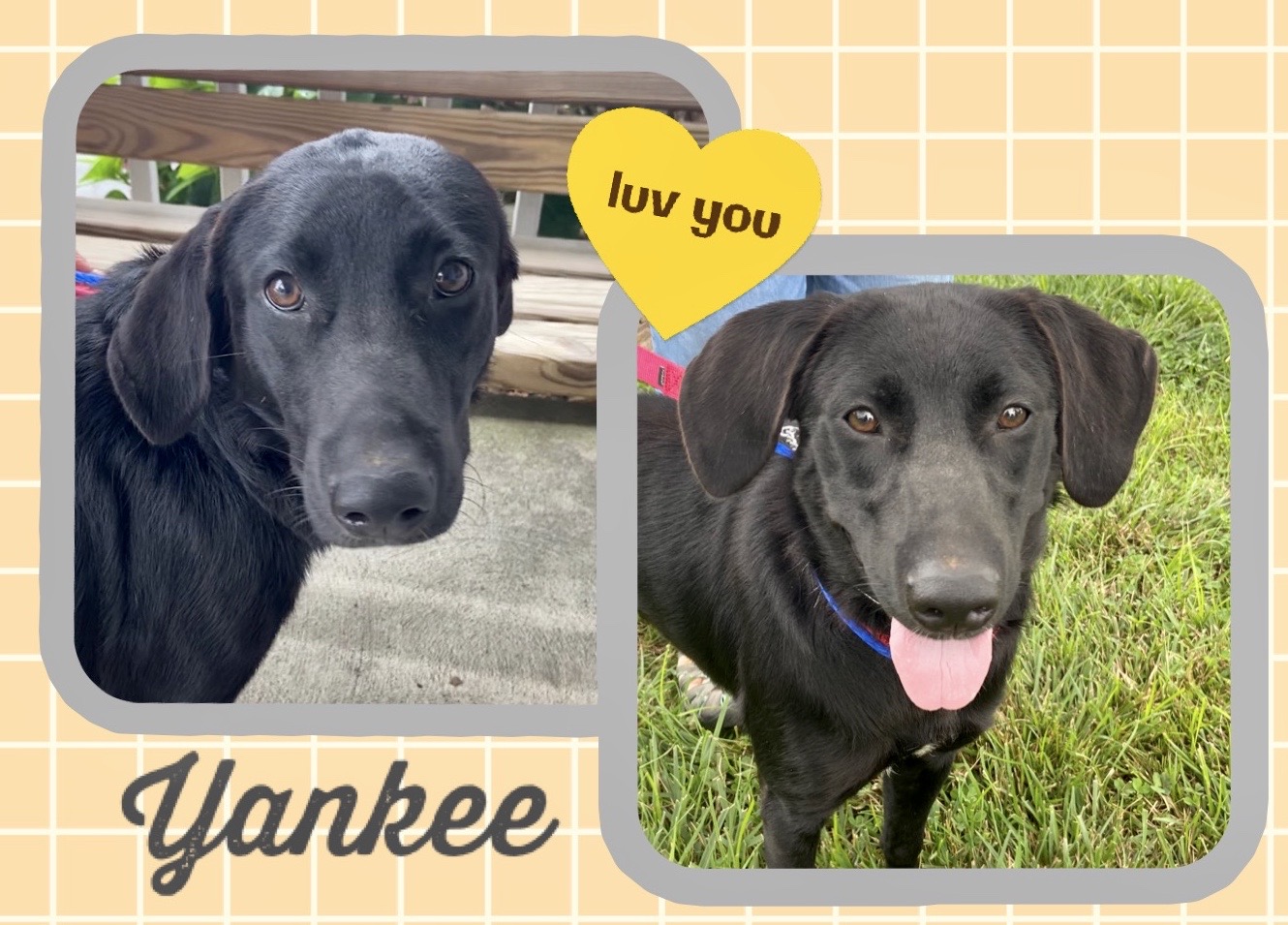 UPDATE:  All is well with Yankee. He is a sweet dog, very curious, eating well, and no indoor accidents. He also goes into the crate without problems and he is sleeping most of the night in the crate He doesn’t mind being in the crate but doesn’t want to be left alone.   We are leaving the television on at night and the noise helps.  Last night he slept downstairs by himself in the crate until about 4  A.M. Once I went down and slept on the couch,  he settled down again.  Therefore, I think he would be happier in the crate in our bedroom

FOSTER UPDATE- DAY ONE: It looks like Yankee is doing excellent after just one day.  According to his foster, We let him play in the yard most of the afternoon and kept him on a leash in the house following us around. Yankee got through the night okay after we put treats in the crate during the day and at bedtime as an enticement to enter.  After we closed the door,  he fussed a bit but then settled down.   I slept downstairs in the same room.  He slept all night but the cone kept banging on the sides of the crate.  Tonight I will leave him and go back to my own bed,

On this morning’s walk, he was very curious. stopping to watch bikes, runners, and other dogs.  He didn’t pull nor bark-We haven’t met other dogs close up yet.
He likes to be near people and appears to want to please which is always such a positive trait.

Yankee arrived recently with his sibling, Doodle, after being rejected by his family.  The owners’ landlords said they needed to keep them from roaming and required the dogs to be chained or inside the home. They chose not to permit the dogs in their home and surrendered them to a shelter. The good news is we have the opportunity to find Yankee a new home. Since he’s only 7 months old, he will forget his past and hold onto all the new memories he’ll have with his new family.