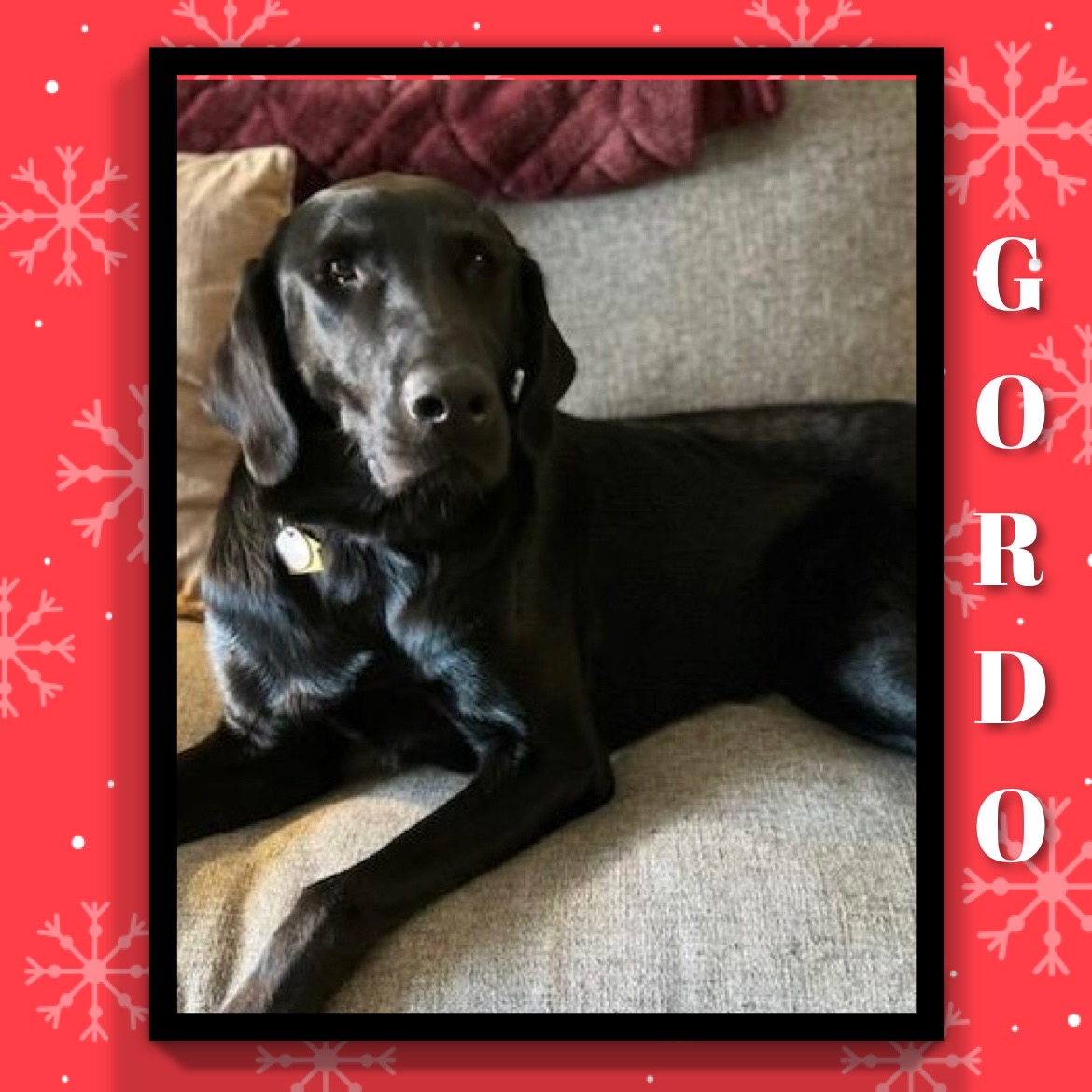 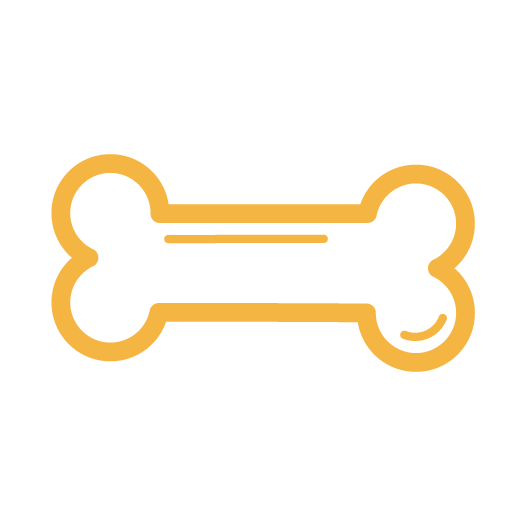 If you are looking for a dog that aims to please and is a retriever at heart, you have found your match with Gorgeous Gordo!  This 73 lb. black beauty absolutely loves tennis balls and can even hold two in his mouth at a time.  He loves to retrieve, play and be affectionate all at the same time…..and of course, he appears to love water stopping at every puddle along the way!!  It appears Gordo had some training with his previous foster because he knows several commands and will even stop walking on leash when you stop. It was reported by the previous foster that Gordo is house trained.  True companionship awaits for you with this beautiful big boy!!

Gordo is crate trained; just point to the crate and tell him “In,” “Home,” or “Crate,” any will work.  He definitely knows the command “Sit.” He needs some work with leash training; he pulls, but I do think with some work (and maybe a gentle lead) that’ll be corrected.

He doesn’t jump on you; he will stand up on his hind legs to get closer to your face, but he doesn’t touch you.  He definitely has happy dance going when it is breakfast/dinner time.  He has not displayed any food/resource guarding. He goes to his food bowl stand and sits; sometimes he’ll do his happy dance again.

He has been great with my cats and my dogs.  Also, he has also been great with anyone he meets.  Clearly he hasn’t met a stranger. He is definitely a people dog! My younger dog is definitely disappointed that he doesn’t have much interest in playing with her. He would do well as an only dog or in a home with another dog that is indifferent to playing, wrestling, etc..

To say that he loves tennis balls is something of an understatement. Also, loves dogs toys quite a bit; so much so that I’ve hidden the toy box.  He doesn’t seem to be much interested in bones or rope toys.

What he loves is to be with his person! He really just wants to be right by my side. So while I said he’s crate trained, he definitely doesn’t like me being out of his sight line; he does start whining when he is in his crate and can’t see me.  His favorite spot is laying on the couch next to me.

So if someone is looking for a tennis ball, loving, couch potato, Gordo is their dog!

I’m really hoping that he can start the new year with his new family.

Gordo has been with me 1 full month. He really is a big, lovable, goofy guy who just wants to be with his people.  He loves everyone he meets. My coworker and her husband came by on Sunday to meet him.  He stood at the door looking at them and wagging his tail, so he probably isn’t going to be a great watch dog.

Gordo is very obedient and does not resource guard anything! Once he is done eating he comes into the kitchen for his treat and does not go sticking his nose in my other dog’s bowls. He seems to be fairly submissive overall and backs down immediately when my younger dog grumps at him, despite having 40+ lbs on her.  Also, he gives up whatever he has in his mouth easily; no lab lock-jaw with him.

Gordo is very smart and is a quick learner.  He has taught himself to drop any toy he has at the door before he goes out.  I don’t allow “house toys” outside and would take anything he had from him before he was allowed out.  Now, he drops whatever he has at the door.  Also, I’ve been working with him regarding taking treats and he is much more consistent about taking the treat gently.

He loves toys of all sorts!   I did have to put my other dog’s stuffed toys away as he likes chew these apart.  He has a large Chuck-it ball that is probably his favorite.  Two other toys I suggest his new family gets for Gordo are the Kong classic rubber chew and the Planet Dog Orbee-Tuff Snoop interactive treat dispenser. Those have an equal place in his heart right after ball. Both toys    are available through Chewy.

He will definitely take some time in his new home to settle in as most rescue dogs do.  The more time he spends out of the crate, the more he is calming down. His favorite spot is on the couch with me.  While I am at work and at night time he stays in a 48″ cage.  He tolerates the crate very well! 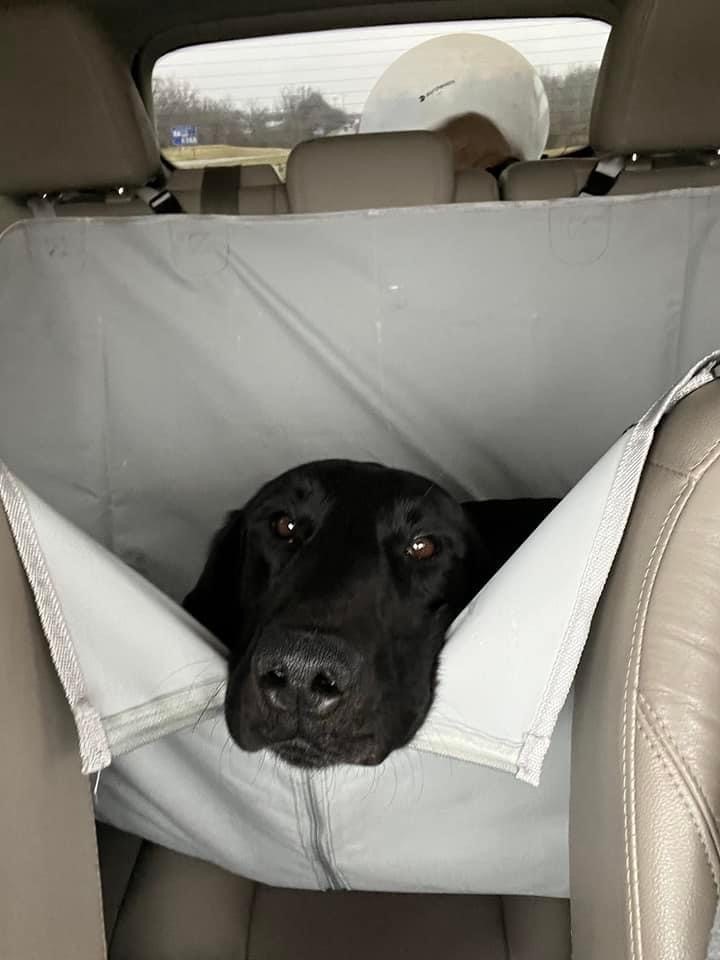 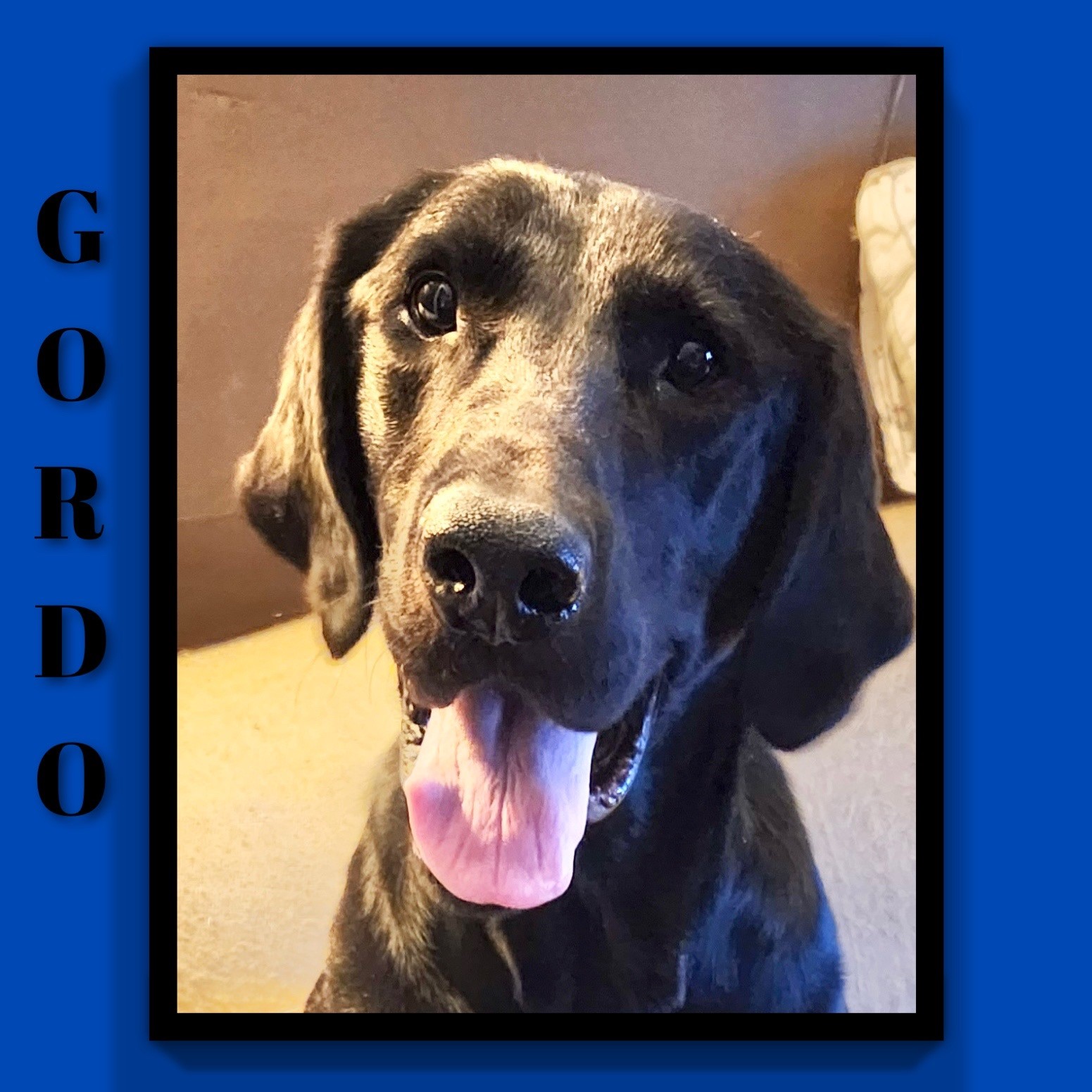 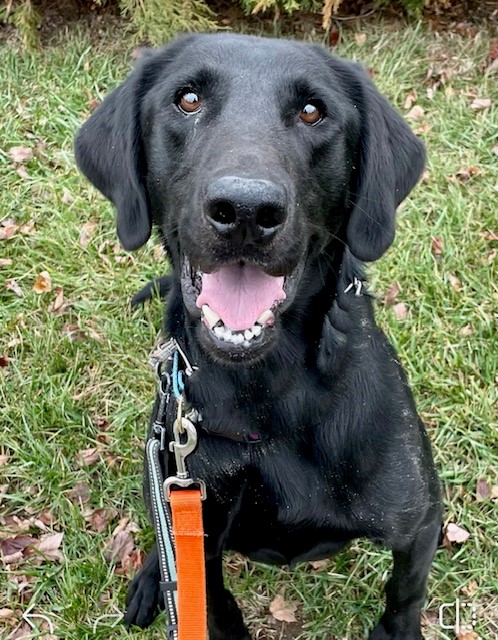 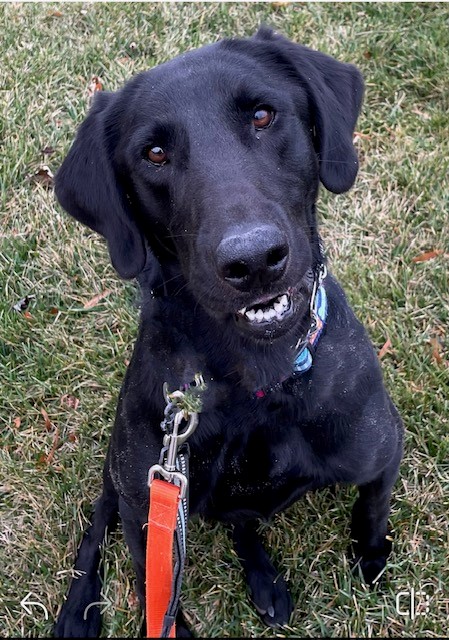 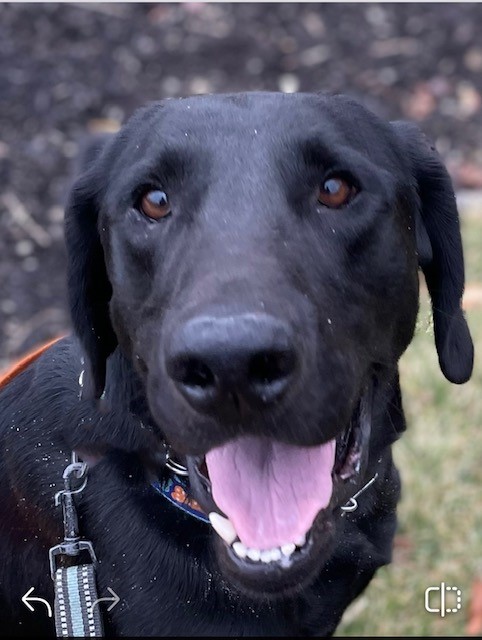 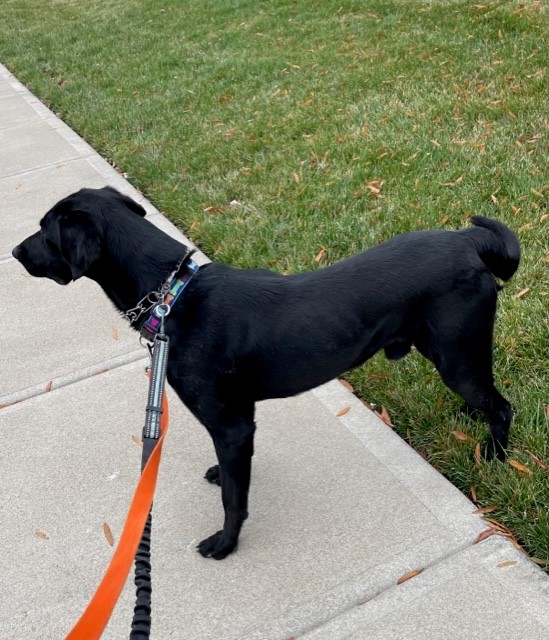 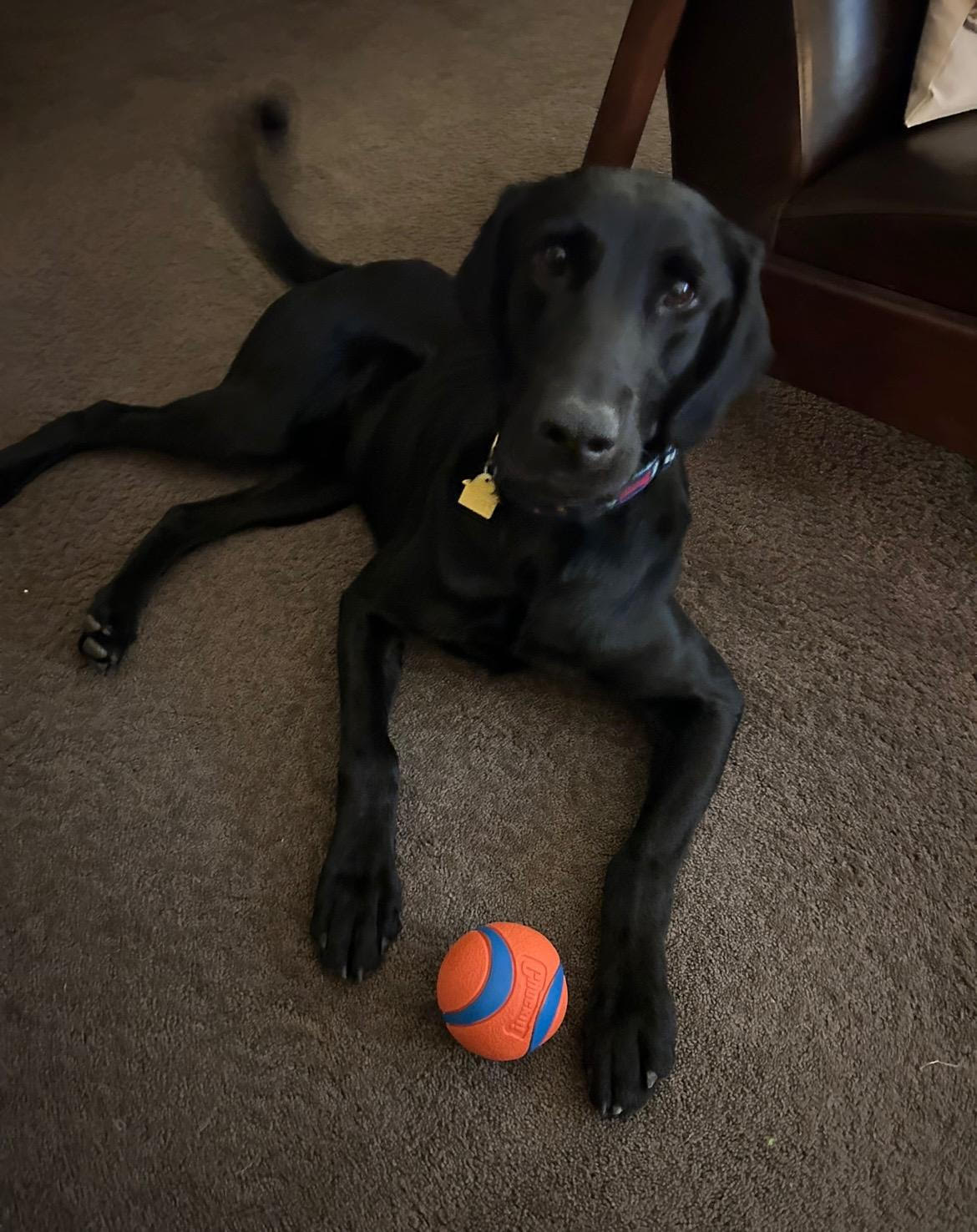 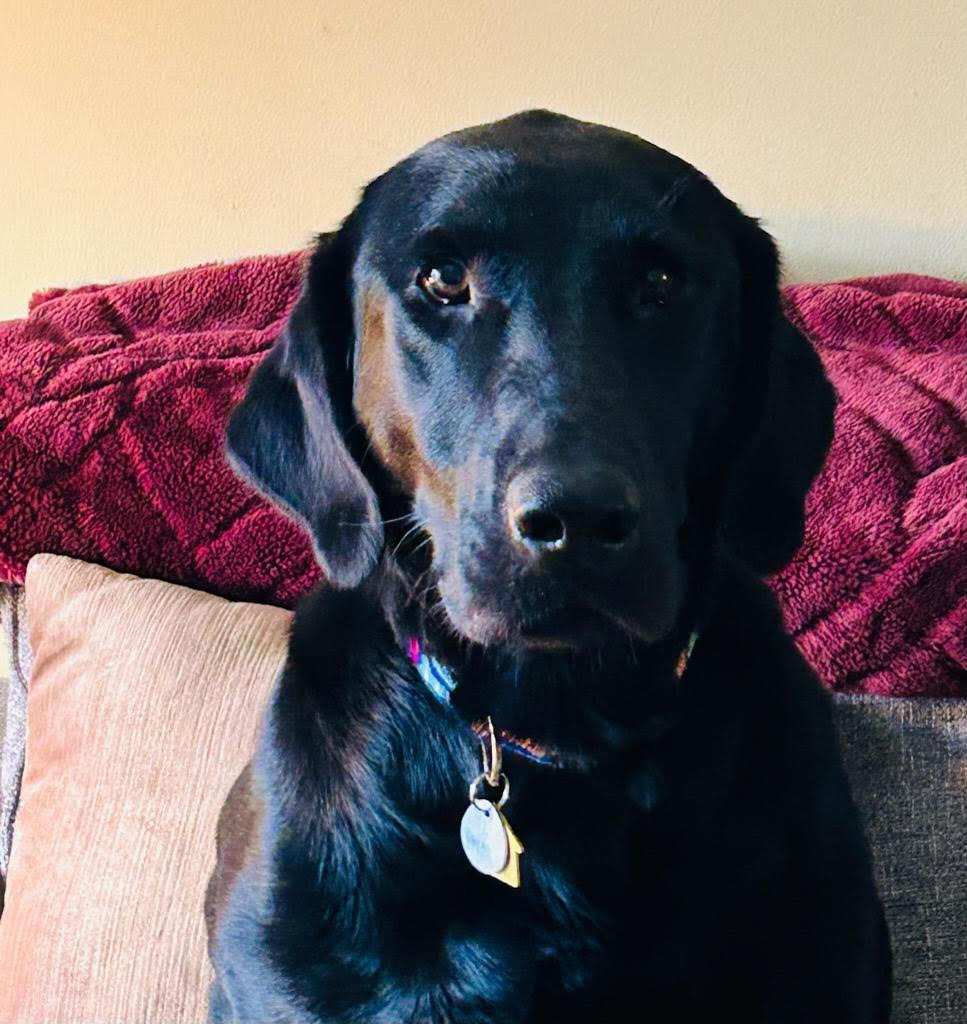 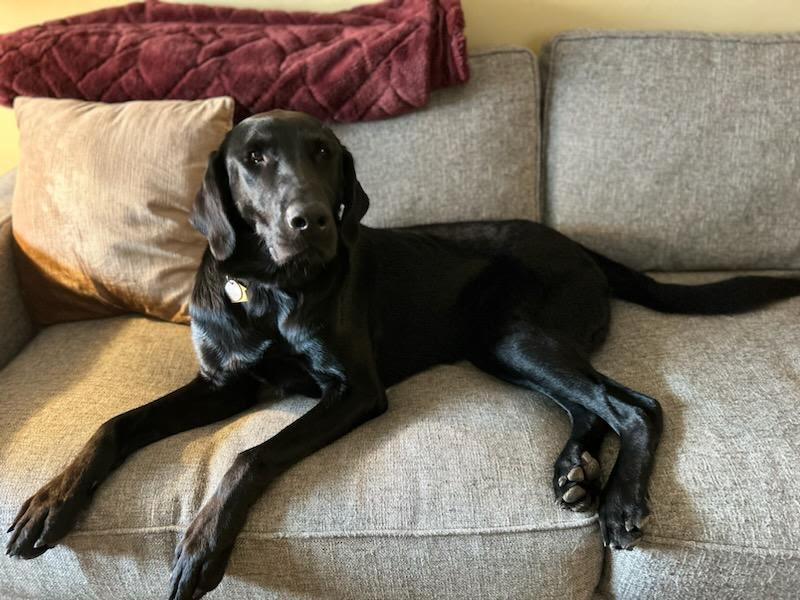 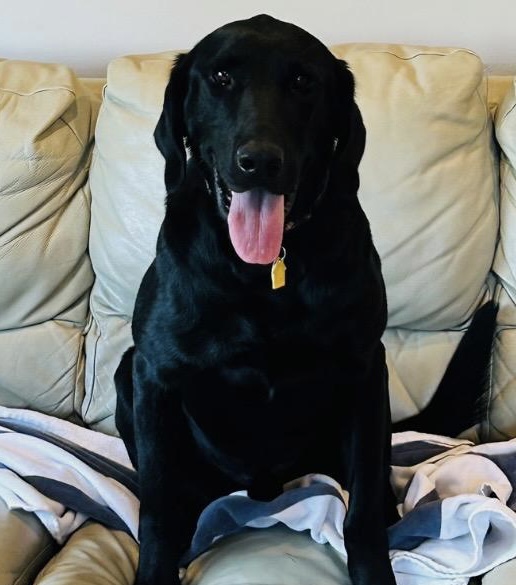 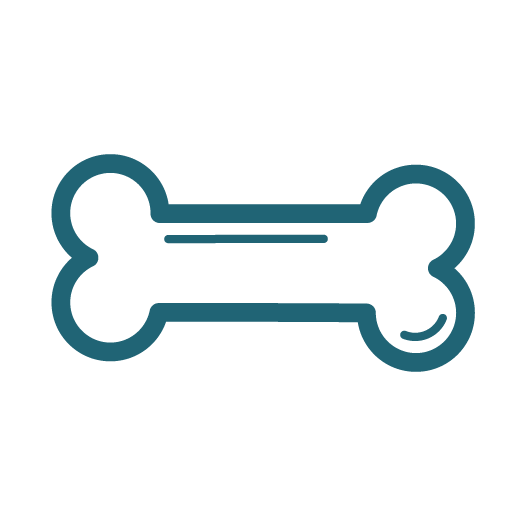