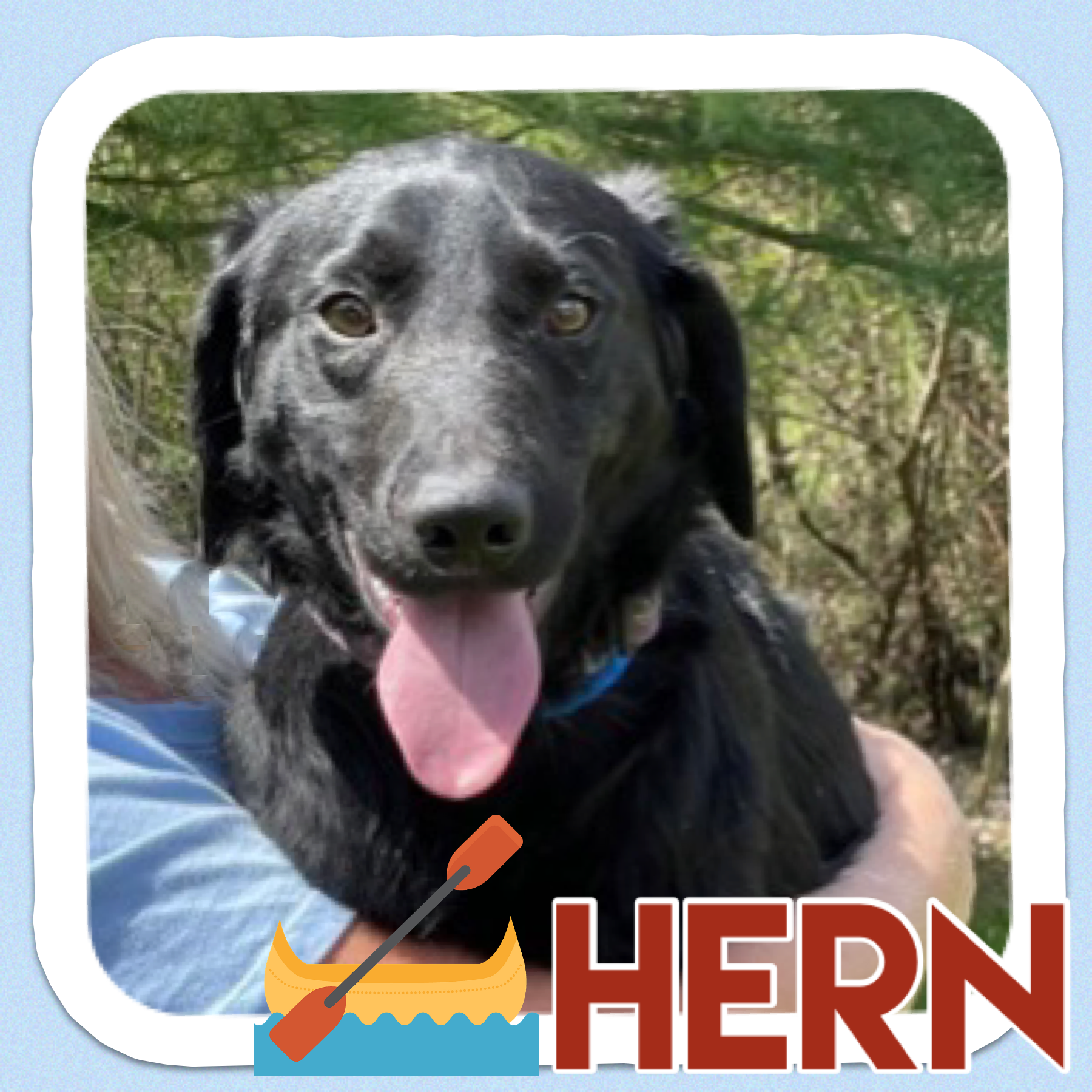 4/21/21 FOSTER UPDATE: This little guy is making a lot of progress in foster.  Since he spent his entire life in a crate, and he sometimes struggles with transitions.  He occasionally resists going outside but he does great once he overcomes his fear.  He loves playing fetch and romping in the yard!

He is also getting more comfortable inside the house – especially after some exercise!  We are still working through housetraining and basic commands but he is making progress!  We are also trying to correct his jumping – he can be like a grasshopper!  He will need a family that can be patient with him.  He has had a very tough start to life so we are focused on teaching him how to be a part of the family and a happy, playful dog!

4/4/21 FOSTER UPDATE: We decided to rename Hern for now and are calling him Monty, which is short for Saltamontes (meaning grasshopper in Spanish).  He loves to play fetch, but instead of running, he just hops!  He was a little shy and timid at first, but he is starting to settle in.  He is having so much fun hanging out with family and other dogs.  He is loving the attention!  He is crate trained and has used that as his safe space.  We are continuing to work on his training – he is learning so much from his foster siblings!  He has only had a few accidents and is quickly learning the ropes!   He has the sweetest personality, and we love showing him what it is like to be a part of the family!

Hey everybody…I’m Hern! I’m almost 2 years old and weigh 29lbs. I arrived in Cincinnati with my brother, Hudder. I can be very shy at times, and I’m used to being around my brother. It would be best for me to go home with a family that has another dog to show me the ropes!

Hern is a Canoe Lab. While 29lbs may sound small for an adult Lab, he’s actually the perfect size! Canoe Labs are bred to be smaller so they can jump out of a canoe without capsizing it. They still have the temperaments that we know and love of full-sized Labs. Hern was unfortunately surrendered by a kennel after they were unable to sell him. While we wish they would have surrendered him sooner, we’re happy to be able to give both Hern & Hudder the chance they deserve at finding a family!

Hern has spent his entire life in a crate, so he will need some help as he learns the basics of living in a home. Though shy, he is a friendly guy and loves other dogs! We’re specifically looking for a family that will give Hern some time and patience while adjusting to life outside of the crate.