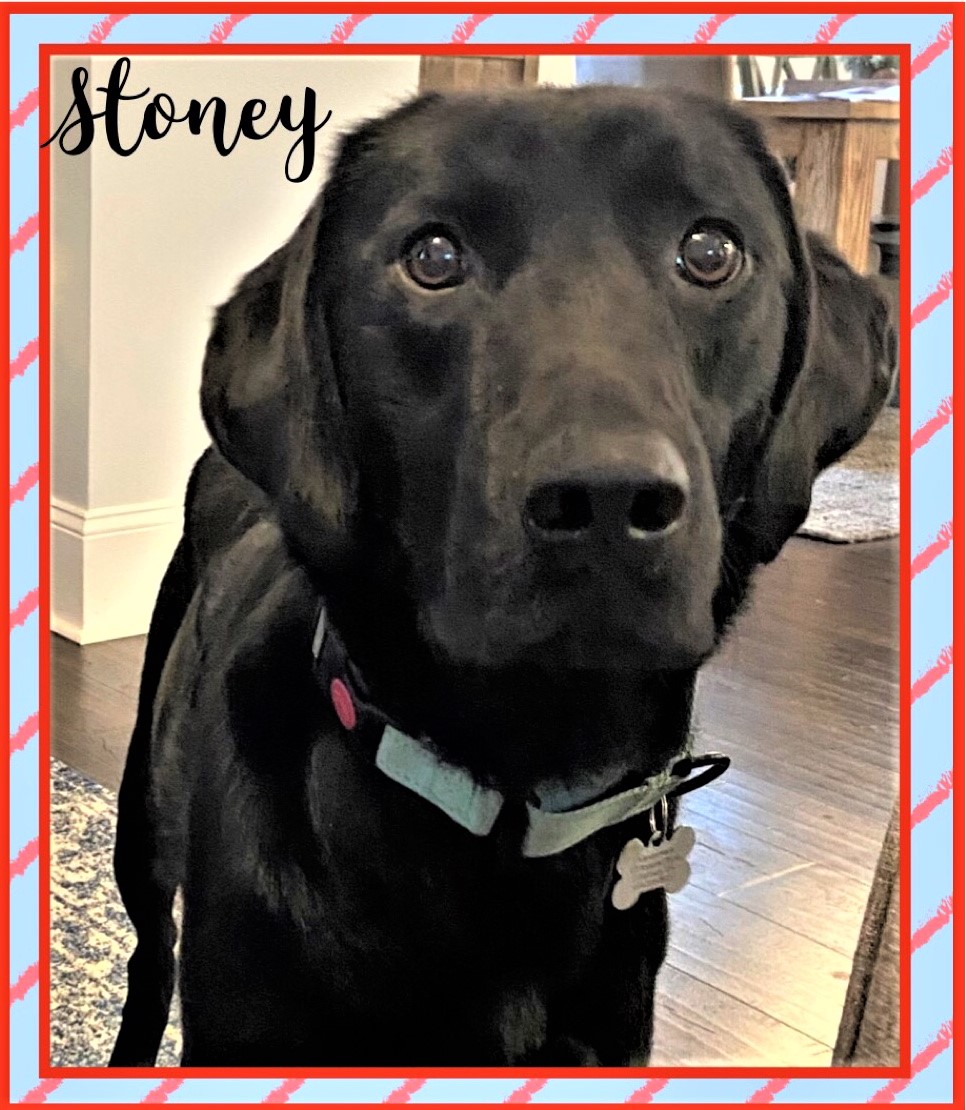 12/29/21 NEW UPDATE: Day 3 Update-Stoney is a whole new man!  He is quickly adjusting and settling into the routine.  He is acclimating to his new environment and starting to be more comfortable with all of the new sights and sounds.  He can still be fearful and skittish at times, but he is making so much progress.

We are 3 days in, and he is doing great with his housetraining.  No accidents!  As for crate training, he now goes willingly in and out of his crate – it’s his safe spot.  He is a great sleeper and will sleep throughout the night.  He is also learning a few basic commands.  He now knows “come” and “sit” – he is SO smart and a quick learner….and is easily bribed with treats.  Hot dogs are his favorite!
He is starting to show more of his personality, and boy, is he a goofy sweetheart!  He loves affection and attention.  He can be a bit ornery at times…stealing blankets, Christmas tree ornaments, and an occasional TV remote, but he is very responsive to corrections.  He is still learning what’s on and off limits.  The good news is that he is not a chewer….he just likes to proudly parade items around the house.  He also loves to use the coffee table to scratch his back….he is a funny little dude! He is really starting to come out of his shell.  He is an amazing dog with such a great temperament and personality to match!

12/28/21 FOSTER UPDATE- Day 1 Observations:  Stoney is still very fearful and skittish, but he is SO sweet.  He wants to trust people (he warms up quickly to humans) but is overwhelmed by the newness of life outside of a kennel.  He is startled by loud noises and quick movements, but I’m confident that he will adjust.  He is getting progressively braver as he starts to settle in.  Once he warms up, he loves human attention!  He will give you lots of turbo tail wags in exchange for some ear scratches.

* Rode well in the car

* Loves playing in the backyard.  He really comes alive when he has some space to

run.  He would love a big fenced in yard

* Great with other dogs.  Loves to run and play!  He is so much more confident with

* Likes toys and bones.  He is curious and was quick to discover the toy bin

* Eating well!  He is very food motivated so it is helping with his transition

* Crate – he is a bit reluctant to go in at first but he is very comfortable in the crate. He

* Housetraining – He is likely not housetrained since he has never lived indoors.  He

does keep his crate clean and no accidents!  So far, so good!

* Walks – he is still getting used to being on a leash.  He is getting a lot more comfortable though!

Stoney is another precious canoe lab that just arrived.  He is 2.5 years old and 55 pounds, an easier weight to manage for those looking for a smaller lab.  He comes from the same breeder as several of our pups. He definitely fits the role of a retriever, his favorite sport, as well as swimming.  Certain new situations cause him to hesitate until he feels more comfortable. Once he feels safe, he relaxes, but may need a confidence boost and extra patience to help him put his fears in the past.

Please read all the amazing updates on Stoney – He has come so far and doing phenomenal in his foster home!