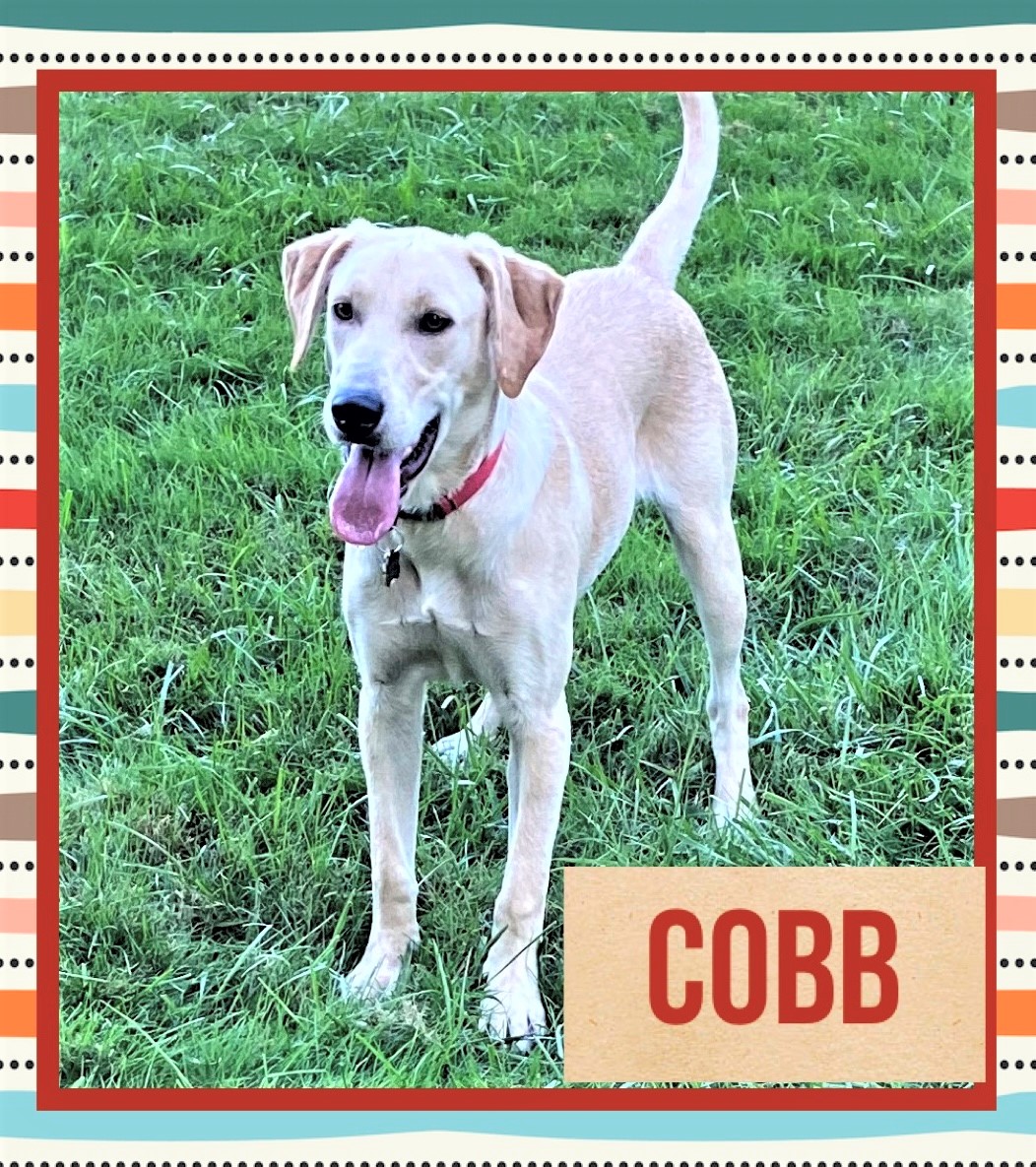 10/11/21 FOSTER UPDATE:  What a difference a week makes!  Just a quick Cobb update. He is a completely different dog! He loves new people, loves to go on walks, and loves to play fetch with his foster brothers (although, if truth be told I think he enjoys running and chasing them more than actually getting the ball). He sleeps in his crate during the day while we’re gone at work and sleeps in his crate at night (although he LOVES sleeping in the big comfy dog beds when we’re home). We usually exercise all the dogs in the morning and in the evening right before bed and it works really well with Cobb. Cobb is a very low-key, low maintenance dog. He just loves hanging with his people!

10/3 UPDATE – and just two days later:  Hi! I wanted to give you guys a quick update with some pictures! In just over 24 hours, Cobb is a completely new dog! Now that he is comfortable with his surroundings, he has really opened up. He is such a sweet, playful little puppy and LOVES to love on his foster brothers and me. He is so incredibly sweet. He has also discovered toys and is obsessed with chew bones. He’s also going on walks now and is still a little nervous , but shows improvement every time we go out!

He’s doing well in his crate, and I don’t want to jinx myself, but we’ve had no accidents in the house! He really is an awesome little dog.

10/1/21 UPDATE: Cobb is very shut down.  He would not even walk on a leash and would cower when people approached.  He is best friends with Cuddles and was very comfortable with another dog around.  He will definitely need a foster or patient family to give him time to come out of his shell.  We didn’t go for a walk but we spend about 15-20 minutes just hanging outside together.  He is going to be a great dog once he learns how to trust!!

Cobb, sibling to Cuddles, is quite the show stopper.  This beautiful 10 month old weighs 52 pounds and is ready to find his next adventure.

Cobb is one beautiful gentleman and, along with his siblings, was found as a stray.  The pups are very bonded, and it’s time for Cobb to move forward on his own and transfer all his love to his new family.

Please read all his updates- he is doing fantastic, and his foster family has nothing but accolades for him!