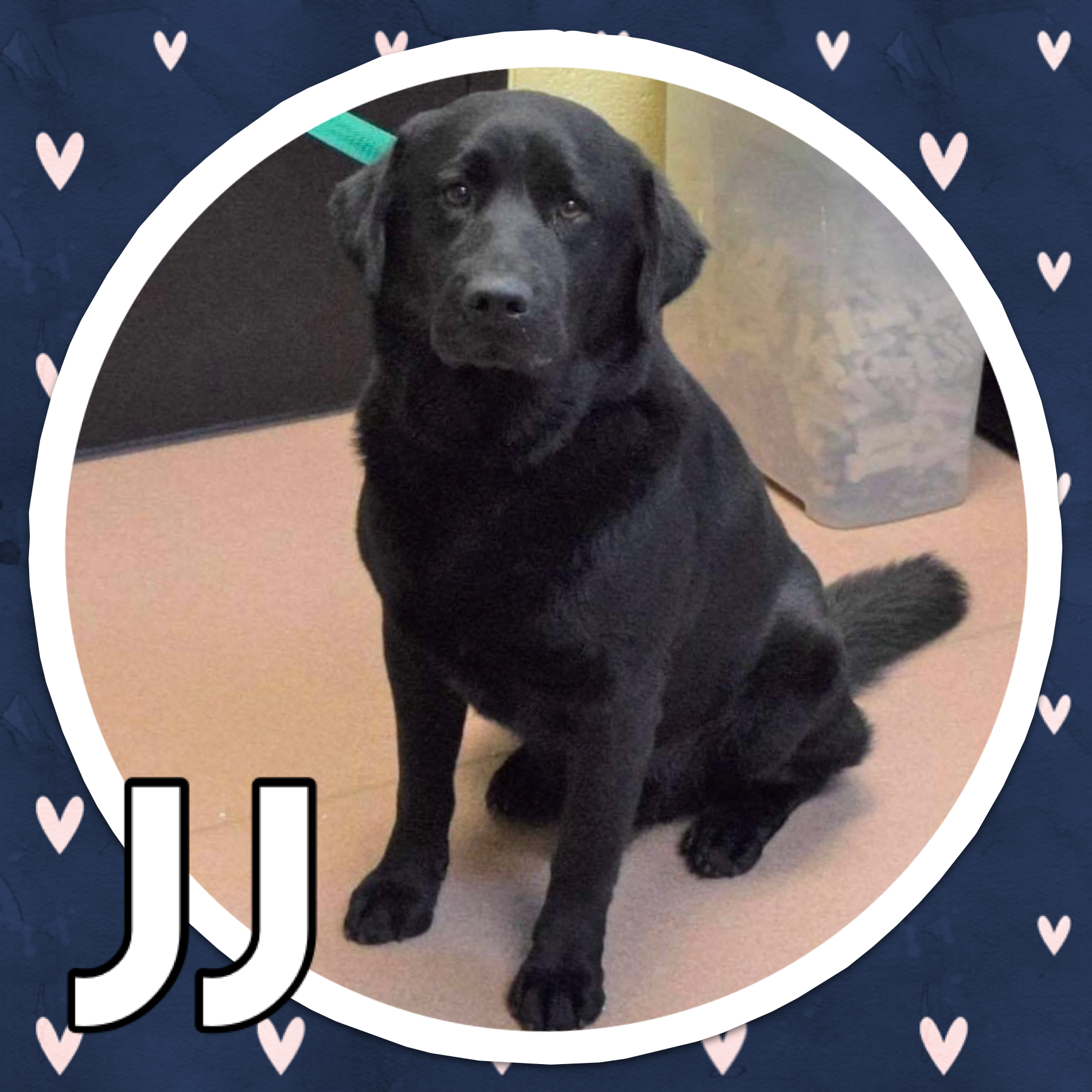 2/21/2021 FOSTER UPDATE: JJ had a great night last night which carried over into today. He’s becoming a bit more active and curious – going up and down stairs, investigating other rooms, and wagging his tail more often! We even heard a hint of a bark…he’s acting more like a dog every day.

He is an absolute champ with bathroom breaks! I think he would hold it as long as is needed. He has never had an accident and patiently waits by the door to let you know he needs to go out. He does not sleep in a crate, he just chooses where he wants to rest, which often changes throughout the night.

There has been no destruction at all, and he’s fine when left on his own – no separation anxiety. He won’t get on any furniture…even if we lift him up, he’s extremely uncomfortable and won’t lie down. He seems to prefer carpeted floor or hardwoods over pads or pillows.

JJ is great with “sit” and occasionally will give a paw. We’re teaching him “stay”, but it’s still a work in progress. He’s good on a leash without pulling. He isn’t bothered by other dogs or our cats – the cats have swatted him a few times and he could care less!

He loves to eat…a true Lab! He’ll try to eat the other dogs’ food if they’re still eating and has sampled the cat food as well. JJ has the cutest face and is so easy to love – he has been the easiest dog!

2/17/2021 FOSTER UPDATE: JJ is so quiet! He never barks, he never runs (but does try to walk fast on occasion!), and he doesn’t like to go upstairs or get on furniture. He just likes to find a nice spot on the floor and rest. He will not lay on dog beds of any kind – we have tried!

He didn’t mind his crate, but it’s upstairs, so since Sunday he’s been sleeping wherever he wants which is always downstairs. He does great throughout the night!

JJ is so gentle!  He has no protection or reaction with food, treats, or other dogs barking at him…nothing!

He is still adjusting so he has not wanted to play yet. Our dog Winnie begs him too often – the most he has done is to follow her around the kitchen island which he does occasionally when he has some energy. He has no interest in playing tug of war, but he did just recently find an interest in bones. So, I will let him chew on one a little bit throughout the day. JJ is doing so well!

Hey everybody, I’m JJ! I’m 4 years old and weigh 59lbs. I’m a mellow guy who’s good with other dogs and cats. I’ve been at the shelter for quite a while so I’m sooooo excited to finally go home!

JJ is one special dog! He has been in and out of the shelter over the last few years. The family who most recently adopted him brought him back to the shelter after he had a seizure. The shelter was working on housetraining with JJ but it was difficult in that environment. He may have some basic training needs, but we know that he crates well! JJ has waited a long time for his forever family and we can’t wait to help him find them.

Medical Note: We were able to get JJ an appointment with a neurologist on 3/4 for perspective on his seizures. Thankfully, his neurologic exam came back normal. His doctor diagnosed him with Primary Epilepsy, meaning JJ has recurrent seizures without a known cause. He’s responding well to medication and has not experienced a seizure since his arrival. Although he may require medication during his lifetime, the meds are inexpensive and readily available.