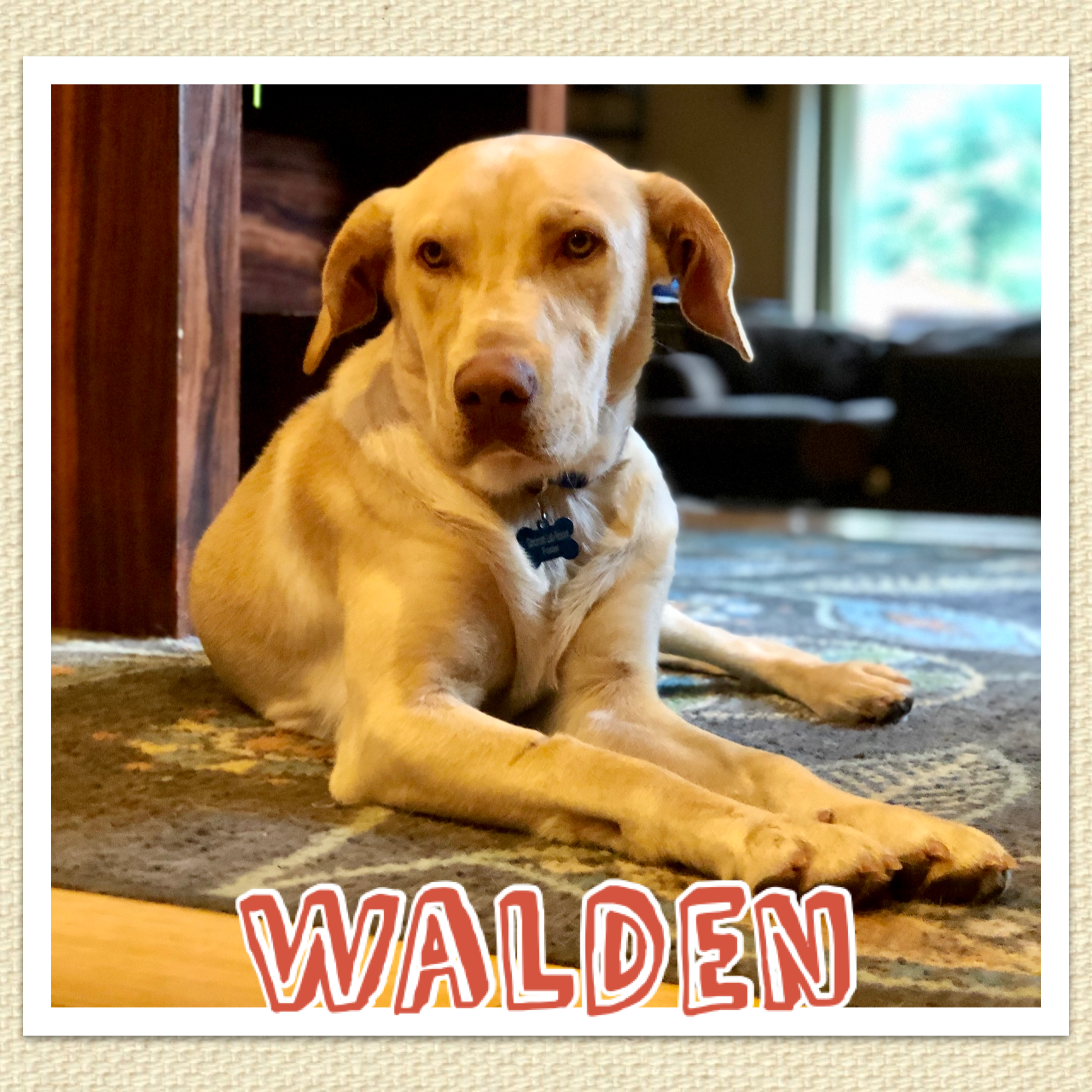 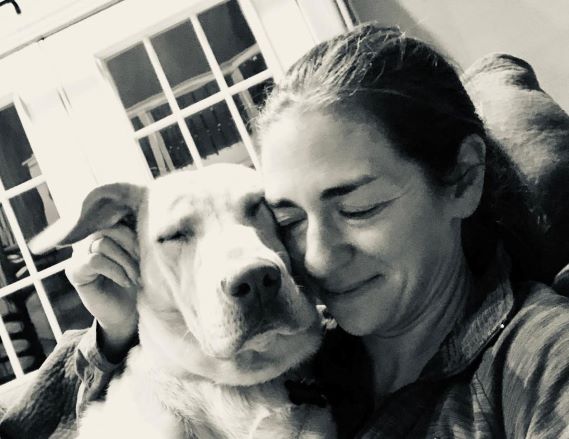 10/7/2020 FOSTER UPDATE: Walden is such a goof! He was a perfect gentleman on the drive from Cincinnati to Dayton and snuggled himself onto half of my lap with two paws. He laid there happily all the way home! He’s a ball of energy, but it’s a positive energy – you can’t help but smile as his tail goes wild with love. He warmed right up to my eight-year-old and has been cuddling and kissing him to pieces. Walden lays next to him on the ground and waits for my son to pet him.

The first night with us, I let Walden roam free. He did mark a wall, but he was such a cozy sleeper in bed that he made up for it. The 2nd night we crated him. He barked for five minutes and once the lights went out he was quiet. He stayed in his crate all night and was perfectly happy!

Walden gets along great with our other three labs. They’ve played nicely with toys. He enjoyed some 3-way tug-of-towel! He’s very gentle about eating and has been taking his pill with cheese like a champ! He sits very calmly without begging while we have meals.

I usually don’t send a picture of myself, but Walden is such a cuddle bug! He loves to take selfies and it’s about the only way I can get him to stop wiggling. If you kneel down to take a picture he wants to give kisses and hugs! When we sit on the couch he gets cozy real quick. He will keep someone very warm over the coming months!

My name’s Walden! I’m around two years old and roughly 65 pounds. I really like other dogs and people – will you bring me home and introduce me to your family?

Walden is such a snuggler! He was found stray after he wandered onto a farm in Kentucky. The family who found him fell head-over-heels in love and say he’s the gentlest boy, but couldn’t afford to make him a permanent member of their home. They knew it was in Walden’s best interest to go to rescue and find a family who could comfortably provide him the top-notch care he deserves. We’re so grateful they trusted us with this cuddly boy – he’s already adding so much love and sweetness to his foster home it’s clear he’ll be the most special addition to his forever home.