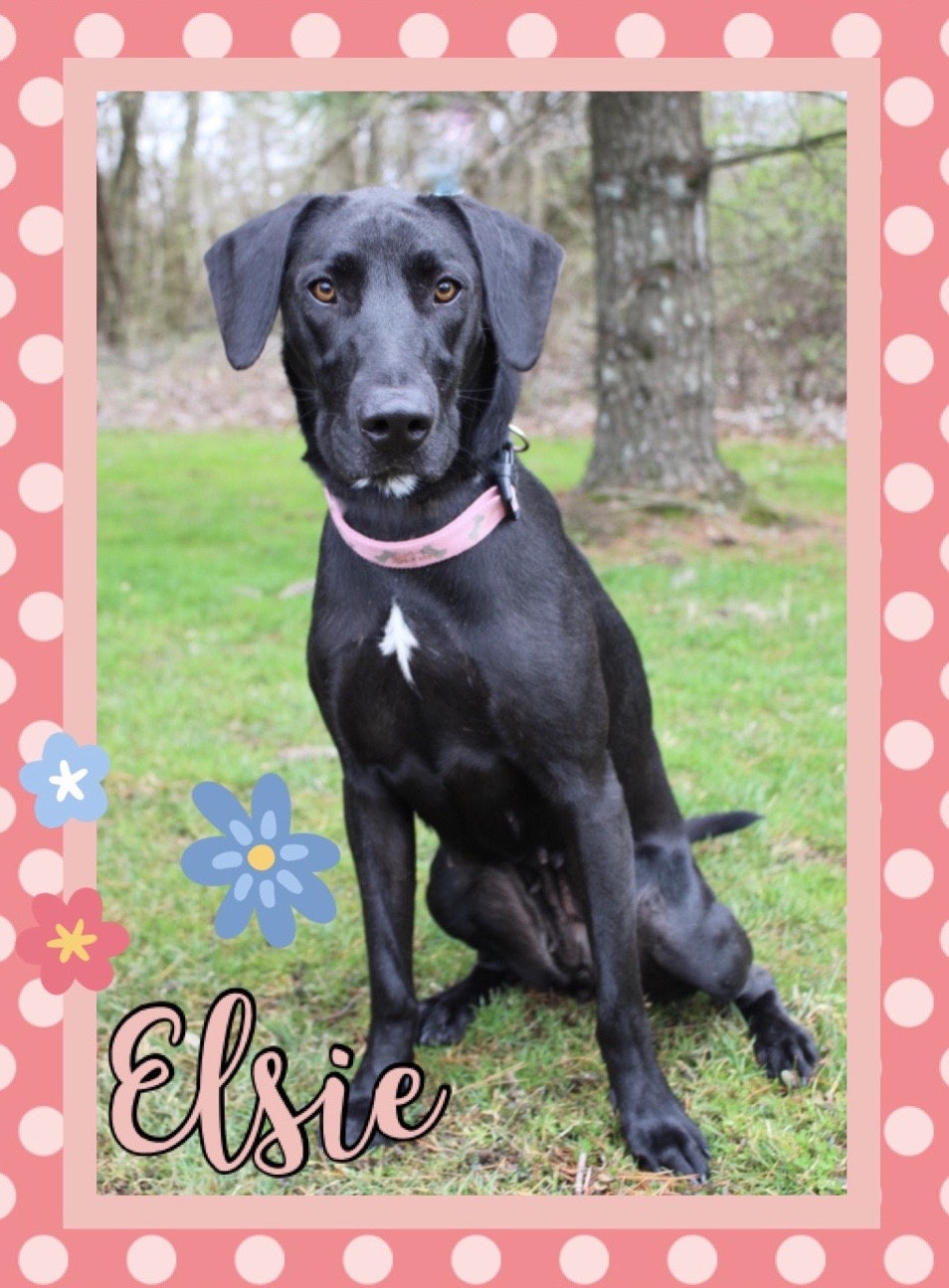 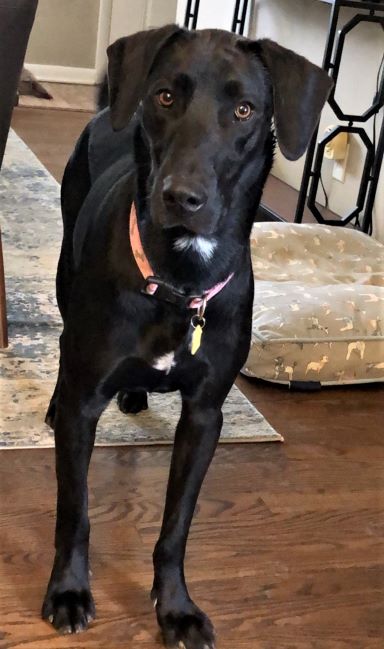 3/28/20 FOSTER UPDATE:  She’s doing great. She still isn’t the biggest fan of the crate but making it better with toys and treats. Although she isn’t a fan of her crate, she hasn’t had any accidents in it or ever attempted to escape. She loves running in the backyard and playing with the different toys. She doesn’t pull on a leash but needs to learn not to zig-zag when walking.  It’s so sweet how she likes sitting or lying next to me when I’m working.

She gets along great with my dog Max. They love chasing each other in the yard and playing tug of war with toys. I would say Elsie is the submissive one out of the two. I wouldn’t say Max is a crazy dominant dog because I’ve never seen him meet a dog he couldn’t get along with but Elsie does give him his space and let’s him run the house. She has never shown any negative behaviors with Max. She is fairly active but after running around outside for a half hour, she comes in and snoozes for a good amount of the day.

Elsie was surrendered by her elderly owners because they discovered a young pup wasn’t the appropriate fit for their senior lifestyle. She is a lovely one-year-old lab/Dane mix and an absolute sweetheart. She currently weighs about 70 pounds and will likely gain some additional weight,  Her transporter said she was a great traveler and only a little apprehensive. Considering so many new experiences, it is not the least bit surprising.  When considering bringing a new dog in your home, the best attribute is a good temperament and it appears like Elsie would be a perfect candidate.